As with many of the great song stylists who have long inspired her, Sally Kellerman has the unique ability to make a song her own. Blessed with one of the most recognizable voices in the world and a thriving film and voice-over career that spans more than three decades, Sally proves once again the unlimited range of her talent as she maintains her signature sound while shifting effortlessly from the big screen to the recording studio… never missing a beat.

On her most recent CD Sally, released on February 10, 2009 on the Music Force Group label, Sally teamed with Grammy Award-winning producer Val Garay, who has recorded with an awe-inspiring who’s who of artists ranging from Kim Carnes to Linda Ronstadt, the Motels, Neil Diamond, Jackson Browne, Marvin Gaye, Dolly Parton, Bonnie Raitt. James Taylor and Jennifer Warnes, among others. With thirteen (and counting) number one hits to his credit, Sally is undeniably among prestigious company.

As richly layered and provocative as Sally herself, Sally is a fitting and contemporary mix of jazzy blues and adult standards with a touch of soulful rock. What connects this unique selection of songs, according to Garay, is Sally’s distinctive voice. “Having worked with many of the greatest female vocalists over the last few decades,” adds Garay, “I wholeheartedly believe that Sally falls in with the best of them.”

“The eclectic group of songs for the new CD and Val's understanding of who I am as a singer allowed me to express both sides of myself. One side is more raw and energetic... the other, more melodic, embracing my jazz roots,” said Sally who has been singing since she was very young and signed her first record deal with Verve Records at eighteen. “Many years ago, Gene Page commented that it was the melody that seemed to hook me first. That may be true, but a good lyric is what completely captures me.”

Enter “Say It Isn’t So,” a beautiful new ballad written by five-time Grammy Award-winner and Take 6 artist, Mervyn Warren. that is certain to become one of the standout songs on the album. “The minute I heard this song, I knew I had to record it,” said Sally who first heard “Say It Isn’t So” when Mervyn performed it during an intimate dinner party of musicians. Warren agreed and Sally humbly made it her own. “The melody makes you swoon and the lyrics break your heart.”

Adding more magic to the music on Sally is Chris Caswell, an immensely talented Grammy- nominated music director, arranger and composer who wrote several songs on the CD including “Nobody’s Perfect” and “Somebody Call the Cops” which he wrote specifically for Sally, as well as the beautiful ballad “By Heart” which was inspired by his wife. Chris was originally recommended to Sally four years ago by Hal David who has always been one of her greatest supporters and whom Sally holds in the highest regard. Chris and Sally have been performing live shows together throughout the country, entertaining audiences at such heralded venues as The Roxy and Catalina Bar & Grill in Los Angeles, The Rrazz Room in San Francisco and the Metropolitan Room in New York, to name a few. Earning rave reviews for her “anti-show,” Sally also maintains a monthly residency at Genghis Cohen where she and Chris are able to introduce and fine-tune new material.

“When Sally sings a song, she always adds her unique personality to it. It’s not just a vocal…It is a story she is telling you,” said Caswell who admires her ability to make people seem to forget they are in a club and feel as if they are sitting in her living room. “When Sally picks a song, she finds what it is in the melody, feel and mood that inspires her. The lyric, however, is what she studies and relates to. It’s the actress in her that can’t help delivering the character of the song.”

Sally joins forces with another Music Force Group artist, Professor RJ Ross, on the duet, “I Don’t Want To Miss A Thing,” written by Grammy Award-winning songwriter, Diane Warren. A Detroit native, with long time roots in classic R&B and smooth jazz, Professor RJ Ross brings his soulful, resonant vocals to the duet and the result makes this one of the most popular tracks on the album.

Sally, which also features renowned musicians Russ Kunkel (Drums), Leland Sklar (Bass) and Dean Parks (Guitar) among others, visits the blues with a smoky set of vocals on Screamin’ Jay Hawkins’ “I Put A Spell On You” and the sexy “I Want a Little Sugar in My Bowl” by Nina Simone. Rock ‘n’ Roll Hall of Fame songwriting team and long time fans and supporters of Sally’s singing talent, Jerry Leiber and Mike Stoller are also represented on the album with the cover of their 60s pop hit, “Love Potion #9.”

Sally, who counts Doris Day, Anita O’Day, Laura Nyro, Billie Holiday, Ray Charles and Janis Joplin as some of her many influences, recently performed at Carnegie Hall in an all-star tribute to Leiber and Stoller. Sally first paid heed to the legendary duo many years ago when they invited Sally to join a London Tribute in their honor.

“When I am asked ‘why do you sing?’ I tell them ‘because I can’t help myself, I’ve been singing my entire life,’” said Sally, whose first recording experience with Lou Adler (Mamas and Papas, Carole King, Sam Cook) in the early 70s led to her well-reviewed debut album with Decca Records, “Roll With The Feeling.”

World-class arranger/producer Gene Page (Barry White, Lionel Richie) and his brother, songwriter Billy Page, produced “Roll With The Feeling.” As a blues/rock album, “Roll With The Feeling” was a precursor to her next passion --the Muscle Shoals sound. One of her favorite music memories is working with Muscle Shoals veterans Jerry Crutchfield and Clayton Ivey in the famed Alabama studio which, in the 60s and 70s, was a mecca for R&B, rock and pop groups, all thriving from the area’s unique blend of country, gospel and rhythm & blues.

While the majority of Sally’s music and film experiences have been in parallel worlds, there are occasions when they unite. After receiving an Oscar and Golden Globe nomination for her role as Hot Lips Houlihan in Robert Altman’s M*A*S*H,” Sally had the opportunity to sing in several films. `Burt Bacharach and Hal David wrote two songs for her character in the musical “Lost Horizon” and she continues to work with David on various music projects. “Sally performs brilliantly,” said Hal David who adds that her voice warms his heart and he “just can’t get enough of it.”

In the memorable PBS Special “Verna, USO Girl,” Sally performed “You’ll Never Know” and other popular 40s-era ballads. Sally also lent her singing talent to “Dempsey,” “Rafferty and the Gold Dust Twins” and “Limit Up,” produced by her husband veteran producer Jonathan D. Krane, in which she sang a powerful blues rendition of “Black Coffee,” immediately following the film’s performance by the preeminent Ray Charles.

The seductive combination of words and music that can make a song timeless is prevalent throughout “Sally.” But what distinguishes this album even more is the intangible gift of Sally Kellerman’s unique interpretation and performance of each song and the unmistakable presence of...the voice. 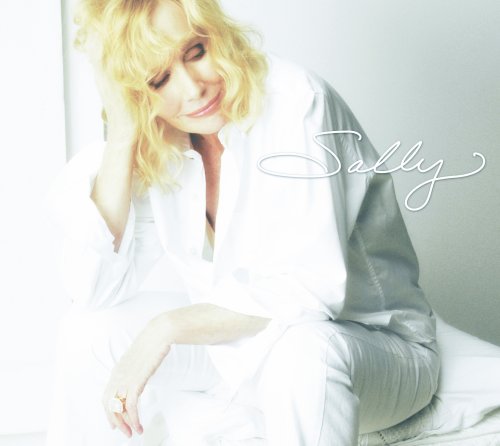 All About Jazz musician pages are maintained by musicians, publicists and trusted members like you. Interested? Tell us why you would like to improve the Sally Kellerman musician page.