Recognized throughout much of his career as “the world's greatest living entertainer,” Sammy Davis, Jr. was a remarkably popular and versatile performer equally adept at acting, singing, dancing and impersonations — in short, a variety artist in the classic tradition. A member of the famed Rat Pack, he was among the very first African-American talents to find favor with audiences on both sides of the color barrier, and remains a perennial icon of cool. Born in Harlem on December 8, 1925, Davis made his stage debut at the age of three performing with Holiday in Dixieland, a black vaudeville troupe featuring his father and helmed by his de facto uncle, Will Mastin; dubbed “Silent Sam, the Dancing Midget,” he proved phenomenally popular with audiences and the act was soon renamed Will Mastin's Gang Featuring Little Sammy. At the age of seven Davis made his film debut in the legendary musical short Rufus Jones for President, and later received tap-dancing lessons courtesy of the great Bill “Bojangles” Robinson. In 1941, the Mastin Gang opened for Tommy Dorsey at Detroit's Michigan Theater; there Davis first met Dorsey vocalist Frank Sinatra — the beginning of a lifelong friendship.

In 1943 Davis joined the U.S. Army, where he endured a constant battle with racism; upon his return from duty, the group was renamed the Will Mastin Trio. Three years later they opened for Mickey Rooney, who encouraged Davis to begin including his many impersonations in the Trio's act; where previously they had exclusively performed music, the addition of comedy brought new life to the group, and by the beginning of the next decade they were headlining venues including New York's Capitol club and Ciro's in Hollywood. In 1952, at the invitation of Sinatra, they also played the newly-integrated Copacabana. In 1954 Davis signed to Decca, topping the charts with his debut LP Starring Sammy Davis, Jr.; that same year he lost his left eye in a much-publicized auto accident, but upon returning to the stage in early 1955 was greeted with even greater enthusiasm than before on the strength of a series of hit singles including “Something's Gotta Give,” “Love Me or Leave Me” and “That Old Black Magic.” A year later Davis made his Broadway debut in the musical Mr. Wonderful, starring in the show for over 400 performances and launching a hit with the song “Too Close for Comfort.”

In 1958 Davis resumed his film career after a quarter-century layoff with Anna Lucasta, followed a year later by his acclaimed turn in Porgy and Bess. Also in 1959 he became a charter member of the Rat Pack, a loose confederation of Sinatra associates (also including Dean Martin, Peter Lawford and Joey Bishop) which began regularly performing together at the Sands casino in Las Vegas. In 1960 they made Ocean's Eleven, the first in a series of hip and highly self-referential Rat Pack films; although Davis' inclusion in the group was perceived in many quarters as an egalitarian move, many black audiences felt he was simply a token — the butt of subtly racist jokes — and declared him a sell-out. His earlier conversion to Judaism had been met with considerable controversy within the African-American community as well; still, nothing compared to the public outcry over his 1960 marriage to Swedish actress May Britt, which even elicited death threats. Still, Davis remained a major star, appearing in the 1962 Rat Pack film Sergeants 3 and scoring a major hit with “What Kind of Fool Am I?” Two years later he returned to Broadway in the long-running Golden Boy, scoring a Tony nomination for his performance.

In 1964, the third Rat Pack film, Robin and the Seven Hoods, was released; two years later, in the wake of the publication of his autobiography Yes I Can, Davis was also among a number of musical luminaries, including Sinatra and Louis Armstrong, who co-starred in the jazz drama A Man Called Adam. In 1968 he and Lawford teamed as Salt and Pepper; the picture was a hit, and a sequel, One More Time, appeared in 1970. In between the two Davis delivered one of his most memorable screen performances in Bob Fosse's 1969 musical Sweet Charity; he also appeared in a number of television features, including The Pigeon, The Trackers and Poor Devil. In 1972 Davis topped the pop charts with “The Candy Man,” from the film Willy Wonka and the Chocolate Factory; from 1975 to 1977, he hosted his own syndicated variety show, Sammy and Company, and in 1978 starred in the film Sammy Stops the World. However, in the late 1970s and through much of the 1980s Davis's profile diminished, and he was primarily confined to the casino circuit, with a 1988 comeback tour he mounted with Sinatra and Martin largely unsuccessful. His appearance in the 1989 film Tap was much acclaimed, but it was to be his last screen performance — a lifelong smoker, Davis died of cancer on May 16, 1990.

Hal and Sammy: After Dark

'Sammy' at the Old Globe 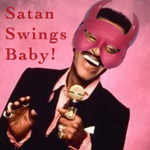 All About Jazz musician pages are maintained by musicians, publicists and trusted members like you. Interested? Tell us why you would like to improve the Sammy Davis Jr. musician page.