Saxophonist, Multi-Instrumentalist and Music Educator, Sam Pilnick received his Bachelor of Music degree in Music Education and Jazz Studies at the Crane School of Music in Potsdam, NY, studying under the tutelage of Christopher Creviston, Robert Young, Bret Zvacek, and Marsha Baxter, as well as other professors and talented musicians. After receiving his degree in May of 2014, Sam continued his studies as a Jazz Studies Major and Graduate Assistant at Western Michigan University (WMU). At WMU, Sam was the Graduate Student for acclaimed saxophonist Andrew Rathbun and has continued his studies with celebrated musicians and professors Jeremy Siskind, Scott Cowan, Keith Hall and Edward Simon. Other notable teachers include Bob Reynolds and Ron Aprea.

At the Crane School of Music, Sam could be seen performing with many different ensembles including the Crane Jazz Ensemble, Crane Latin Ensemble, Crane Concert Band and Crane New Music Ensemble, as well as various small university & community jazz groups. Sam also had the opportunity at Crane to play in master classes for members of the critically acclaimed jazz group, SFJazz Collective, revered drummer Terry Lyne Carrington and the renowned Timothy McAllister and Liz Ames Classical Saxophone/Piano Duo. Sam also taught private lessons to elementary and middle school students in the surrounding North Country area. As a member of Phi Mu Alpha Sinfonia, Sam served as the Fraternity Education Officer and Historian, receiving the Phi Mu Alpha Junior and Senior Honor Awards in 2013 and 2014, respectfully. He graduated Summa Cum Laude in May, 2014.

At Western Michigan University, Sam’s graduate studies were focused on Jazz Improvisation, Composition, and History. He was a member of the Western Jazz Orchestra and Western Advanced Jazz Ensemble. Sam was an active composer for the Advanced Jazz Ensemble, writing and arranging music for their 2016 Environment Project, in addition to arranging music for their 2015 concert with Randy Brecker. At Western Michigan University, Sam also shared the stage with Edward Simon, Miguel Zenon, Lucas Pino, Terell Stafford, Debrah Brown and WMU's Gold Company.

In the 2015/2016 school year Sam produced and co-wrote a collaborative modern dance production called “I cut the things with a large knife.” as part of the Robert H. and Faye Luscombe Collaborative Arts Fund. This project featured members of WMU's Jazz and Dance Departments. For more information on the collaboration, please visit Icutthethingsluscombe.com

As a performer and composer, Sam explores a variety of styles including jazz, contemporary, electronic, and creative music for a variety of ensembles and solo works. He leads The Sam Pilnick Project, a jazz collective that performs original works in the Kalamazoo Region. Their first EP “East Coast Transplant”, which was released in February of 2017 is now available and their newest EP “Pure Imagination” is now available at SamPilnick.com or wherever you stream music!

Sam Pilnick Project Saxophone Sam Pilnick Chicago Kalamazoo New York
”Sam's tone slips between lyrical and raspy...a tenor sax whose tone suggests Wayne Shorter...There's very much a Jazz Messengers feel this group [The Sam Pilnick Project}, a forum where young talents can show their strengths and challenge each other. On this tune and the others, this spirit is here in abundance.” - John Barrett “DJ Verve” on WIDR's Birdland 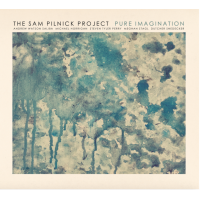 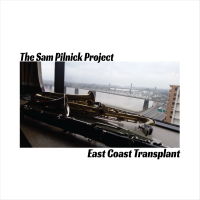 All About Jazz musician pages are maintained by musicians, publicists and trusted members like you. Interested? Tell us why you would like to improve the Sam Pilnick musician page.