As a composer, he has written hundreds of pieces mostly in jazz and modern classical context. Samuel’s talent has been recognized by his peers all over the world.

After hearing Mösching, John Hollenbeck, who is one of the most influential composers and drummers of our time once said : “Samuel’s time feel is as strong as a tree.”

Samuel Mösching started playing the guitar at the age of ten. His talent got recognized during his first lessons. His teacher was able to see, past the young student’s hyperactive and unfocused energy, a remarkable ability capable of picking up instrumental skills.

Samuel’s first compositions arose at the age of 12. To date, he has written hundreds of pieces for different groups and instruments. Also while he was 12, his new instrumental teacher, Anton Brüschweiler, decided to immediately confront his new, highly talented student with jazz harmonics, scales and ear training. Instead of just learning the motion of the scales, the young guitarist decided to sing the material the same time he played it. This explains why most of the time Mösching still sings the notes he’s improvising.

Following his intuition, Samuel created his own style because he was not listening to other music improvisers at that point. This early start and relative isolation in his jazz education turned into a boon for Mösching and can partially be credited for his highly evolved style that has been described as both highly original and modern.

At the age of 13, Samuel Mösching started to play electric bass and drums. As a listener, he was more focussed on Punk and Reggae at this point. His interests for Jazz and classical music came up at the age of 15. The first album he bought was more or less a random pick at the record store for him. „Crescent“ by John Coltrane. It is still Samuels’ favorite album. After listening to hundreds of jazz albums in a couple of months, his favorite musicians were Eric Dolphy, John Coltrane, Brad Mehldau, Wayne Shorter and the pianist Bill Evans.

Samuel Mösching attended the higher school in Thun at the age of 16, where he started to deal intensely with classical music such as J.S. Bach and more modern composers like Ludwig van Beethoven, Franz Schubert and Claude Debussy. This inspired him to compose fugues and pieces with chamber music instrumentations. Samuel also attended summer school at the Guildhall School of Music and Drama in London at the age of 18.

After the higher school, he studied at the Music University of Lucerne (Hochschule Luzern Musik). Samuel Mösching completed a Masters of Performance and Composition in 2011. During that time Samuel became an active member of the jazz scene in Europe. He made connections with Irish, English and German musicians and played shows in those countries and in Switzerland. Samuel made several CD recordings during that time in studio and live contexts. Three albums were recorded with the band Sonic Fusion and a production with Samuel Mösching’s original material played by the Aido Trio was made in this period (Punta Cana, 2012).

Mösching has traveled to Chicago several times to network with other musicians; there, he has been a frequent guest on jam sessions and invited as special guest in concerts with important musicians like Grammy nominee Mars Williams, former AACM-President Ed Wilkerson, jazz veteran Vincent Davis and guitarist John Stowell.

In 2013 Samuel Mösching finally moved to the U.S. permanently. Ever since he recorded albums with his own Trio, drum legend Rusty Jones, Reuben Gingrich, the Shout Section Bigband and the Atticus Lazenby Group. The Swiss guitarist had the opportunity to perform on CBS for the Stephen Colbert Late Show and on Windy City Live as well as at the Blue Note and the Lincoln Center in NYC, the Kennedy Center in Washington D.C., the Chicago Jazz Festival, the Hyde Park Jazz Fest, the Ravinia Festival, and venues like Room 43, the Whistler, the Logan Center, the Arts Incubator, Martyrs and the Beat Kitchen. He can be seen frequently with artists such as Zeshan B, Maggie Brown, Jimmy Bennington, Andrew Lawrence, Corbin Andrick, Wanees Zazour, Jim Baker, Mars Williams, Brian Smith, Steve Hunt, Brian Sandstrom, Peter Manheim, among others.

The album Up with the New Samuel Mösching trio was released in 2013. In 2015 Samuel Mösching released hs first solo album Room 3 and in 2016, one year after the passing of drummer Rusty Jones, the album Some Other Tree got released under ears&eyes Records.

The New Samuel Mösching Trio he has been invited to perform at the local NPR station WBEZ in Chicago. The Group has been on tour in Europe and the U.S. several times. When in Switzerland, Samuel Mösching often works with the group Komplex 98 (Tobias Hunziker, Thomas Tavano) which recorded their first album in 2016.

Most recently the Swiss guitarist has been active as a member of the band Zeshan B & The Transistors with whom Samuel had local TV appearances on Windy City Live and a national appearance for the Colbert Late Show on CBS.

Friedl-Wald Scholarship in 2011. Prize of the City of Thun, Switzerland in 2014

Read more articles
„Samuel Mösching clearly has a lot to say, along with a highly personal method of getting his message across.“ Jack Walton, South Bend Tribune [Article] 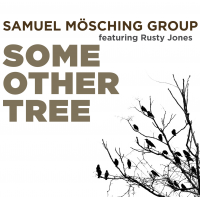 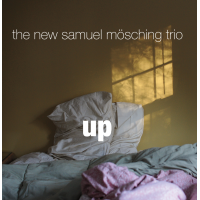 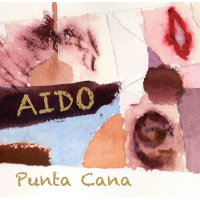 All About Jazz musician pages are maintained by musicians, publicists and trusted members like you. Interested? Tell us why you would like to improve the Samuel Mösching musician page.