SANDY GABRIEL Musical producer, composer, arranger, winner of the National Music Award in the category of jazz, most important prize winner Caribbean as best concert of the year, sovereign Awards 2012 and nominated in 2015 as best artist featured on the outside. is the saxophonist Dominican jazz most prominent internationally, which has participated in various international jazz festival, and has taken his music to countries like Dubai, Abu Dhabi, New Delhi, India, Vienna, Austria, Germany, Canada , France, New York, Puerto Rico, and many Latin American countries. Also he participated as a soloist saxophonist national symphony orchestra, led by Maestro Jose Antonio Molina laureate. He has directed major projects of Big Band as they are, Pavel Nuñez Big Band, The National Orchestra Papa Molina composed of 20 of the best musicians of the Dominican Republic and currently is director and saxophonist of the dominican republic jazz big band, in his first musical production jazz with his band Pop jazz Ensemble has great guest musicians, winning multiple Grammys like Chucho ValdezGiovanni Hidalgo, John Benitez and more than 15 of the best jazz musicians of the Dominican Republic . Right now is working on his second musical production, which will have as special guests to major national and international artists such as Ivan Lins, Arturo Sandoval, Maridalia Hernandez, Danny Rivera, Luis Enrique, Rafael Solano, Wilfrido Vargas, Sergio Vargas and Various artists Mas, which will by Sandy Gabriel title Jazz Duet's 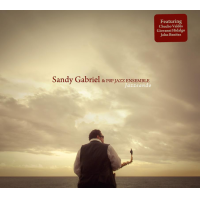 All About Jazz musician pages are maintained by musicians, publicists and trusted members like you. Interested? Tell us why you would like to improve the Sandy Gabriel musician page.