For years, Sara Filipova has been one of Vienna’s best-kept secrets. Her voice – capable of both whispered intimacy and full-throated acrobatics – has supported a wide variety of artists in recent years. With her solo debut, Black And White Café, Sara takes center stage for the first time.

The five songs on the EP draw liberally from her experience in R&B, jazz, and classical music, but are closer in spirit to great singer-songwriters like Joni Mitchell and Paul Simon. Accompanying herself at the piano, she reflects on the transience of life and the human condition; the result is an intimate, moving portrait of a young woman sung in her own words. Though often melancholy, a thread of optimism runs through the songs: there’s always a way forward, a way out. When it comes to facing our fears and moving on, Sara Filipova points the way.

In the last year and a half Sara has been busy playing in places like Germany, Portugal, Bulgaria – where she introduced her EP in Bulgarian television (March 2019) – and at Chicago’s Theater at Wilson Abbey. She’s also played plenty of shows at home in Austria, including a live session for the Austrian radio station Ö1, part of its “Kuntsonntag” series. Sara is currently at work on her first full-length album.

Sara Filipova Singer-Songwriter Vienna Voice piano Voice and piano Solo band
”Vienna has found a powerful new voice in pianist and singer Sara Filipova. Her songs, sung in English and combining a singer-songwriterly aspect with a pop sensibility, are refreshingly direct and compact. Schmalz and sentimentality aren’t her thing; the songs get right to the point. Her energy is infectious, reminiscent of R&B voices like Whitney Houston and Patti Labelle, and leaves the listener wanting just one more song.” (Austrian Radio ö1 - Helmut Jasbar) 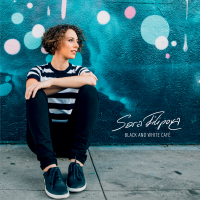 All About Jazz musician pages are maintained by musicians, publicists and trusted members like you. Interested? Tell us why you would like to improve the Sara Filipova musician page.