Moon Song was released internationally on the Naxos Jazz label in May of 2000 featuring Phil Palombi, Chris Potter and Billy Hart. Moon Song was the 4th best selling Modern Jazz album in Japan in April 2000, and reached number 15 on the U.S. Gavin Reports on June 22nd, 2000. Her third CD, Summer Night was released in October of 2001, featuring saxophone giant Michael Brecker, and the reprise of Billy Hart and Phil Palombi. On February 25th, 2002, Summer Night reached number 12 on the Yellowdog Jazz Charts.

The Sarah Jane Cion Trio was the opening act for the George Coleman Quartet at the Mellon Jazz Festival in Pittsburgh and her quartet was featured in the JVC Jazz Festival in New York City in June of '98. In May of 1999, her trio headlined at the Kennedy Center for the prestigious Women In Jazz Festival. Her trio also performed at the Freihofer's Jazz Festival in June of 2000, the Indy Jazz Festival, and Cion was featured as a solo pianist at the DuMaurier Atlantic Jazz Fest in Nova Scotia, Canada in July. The Sarah Jane Cion Trio was presented in concert by Savannah On Stage in March of 2001, and at the Smithsonian Institute-Voice of America Stage in Washington D.C. in May of 2001

Cion has toured Israel, Portugal, Japan, Germany, Austria and England, and in July of 1996 Sarah worked side by side with Monty Alexander in his jazz workshop in Verbier Switzerland to assist and perform during the course of the week. Sarah Musical Directed the Twinz Records Tour “Blue Chips Meets Blue Notes” as a 6 concert tour in Germany in November of 2005. Cion's articles and transcriptions have been published in Piano Today magazine, and her book Modern Jazz Piano with playalong CD was released by Hal Leonard in March '05. Sarah is also a contributor to the Steinway Library of Piano Music: Jazz Piano-Pieces To Grow On - sharing the roster with Bill Dobbins, Dick Hyman, Andy LaVerne and others. Sarah's original song, It's Christmas Time, Once Again, was a finalist in the internationally acclaimed 1997 John Lennon Songwriting Contest and her original works - both solo and trio - are currently being featured on the WABC TV soap All My Children.

Sarah Jane Cion graduated from the New England Conservatory in 1990 with honors and distinction in composition and performance. Cion was the recipient of the 1988 Boston Jazz Society Award, and she was chosen as one of four pianists to attend the Banff School For the Arts in 1991 with an all-star faculty of Steve Coleman, Rufus Reid, Kevin Eubanks of the “Tonight Show” orchestra, Marvin “Smitty” Smith, Kenny Wheeler and Dave Holland. Show less 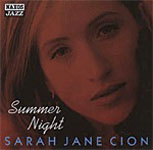 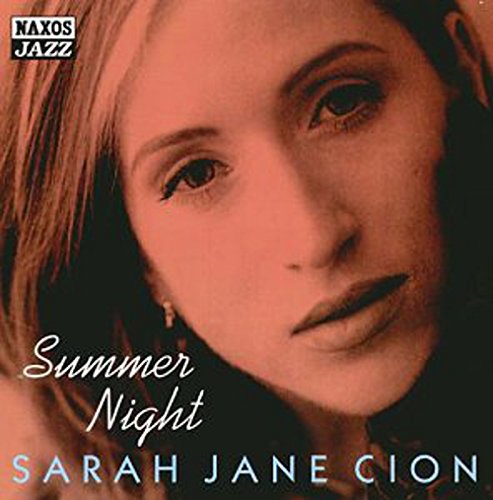 All About Jazz musician pages are maintained by musicians, publicists and trusted members like you. Interested? Tell us why you would like to improve the Sarah Jane Cion musician page.