After winning the 2011 Shure Montreux Vocal Competition, judged by the one and only Quincy Jones, Sarah Marie Young decided to use the prize, a week in the Swiss mountains at Balik Farm Studios, to record a full length album of originals. The songs, a narrative of the cold Chicago winters, mixed into relationships with family, friends and lovers, bore “Too Many Februaries”. Drawing from jazz, r&b, folk and funk roots, Sarah Marie Young’s songwriting debut has proven to be promising.

With her July 2013 release at Schubas in Chicago, and packed shows at the 2012 Montreux Jazz Festival and Chicago Jazz Festival, Sarah Marie Young’s live show led by her intoxicating voice is not to be missed.

Vocally, Sarah Marie Young’s range and agility is stunning, with lush, intimate harmonies on “Too Late To Say Goodbye” accompanied by her trusty baritone ukulele. Title track “Too Many Februaries” and r&b jams like “Pretty Baby” and “Good Morning To You” showcase the entire band’s abilities, as well as Sarah’s dynamic voice, which carries you right into the heart of her emotions.

Dutch hi-res label SnipRecords signed Sarah early 2014 and recorded her second full length album Little Candy Heart. Her new soulful album will also consist of originals, with an R&B influence. It will be released as a high resolution (96kHz/24bit) download, but will also be made available as lower resolution downloads, including iTunes. 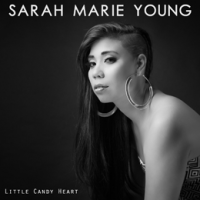 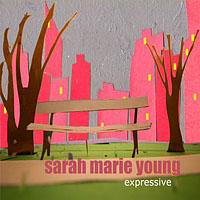 All About Jazz musician pages are maintained by musicians, publicists and trusted members like you. Interested? Tell us why you would like to improve the Sarah Marie Young musician page.