“ONLY TRUST YOUR HEART”, Scott Martin’s fifth CD; invites you to sit back, trust your heart and journey with him through the brilliant colors that reflect the vibrant and sensuous soul of Brazil. Brazilian music is full of passion, of sentiment, of joy. Wherever you go in Brazil there is always the music entrancing, enchanting, and enticing you to sail away. This is the essence that captivated Scott Martin and motivated him to bring his take on Brazilian classics and influenced his original compositions. The result is an excellent album from a jazz perspective but at the same time continuing with the tradition of the great Brazilian samba, bossa nova and Brazilian jazz.

Scott Martin plays Tenor, Alto, Baritone, Soprano Saxophone and flute. Scott Martin has five CDs as a leader, “Only Trust Your Heart”, “Organic Voodoo Juice”, “Menudo & Gritz”, “Cafe Cubano”, and “A Martin Family Christmas”. He has performed all over the world with many artists but is best known for his successful tenure with the Poncho Sanchez Latin Jazz Band for over fourteen years, winning a Grammy with the band for 'Best Latin Jazz Performance'. Scott played on over ten of the band's CDs, playing all sax parts and contributing compositions and arrangements for over 10 of the band's CDs. They traveled all over the world and played such prestigious venues such as Carnegie Hall, Hollywood Bowl, Greek Theatre, as well as jazz festivals and clubs all over the USA, Asia, South America and Europe.

Scott Martin is also a member of the Martin Brother Horns with his 2 brothers Stan Martin and Andy Martin and is also a longstanding member of Jazz on the Latin Side All Stars.

Scott's compositions and playing have been featured on Television shows such as “Sex and the City', “As The World Turns”, “The Jimmy Kimmel Show”, and many more.

He has also been an active studio musician playing on Television, Commercials and Film Productions. He also runs his own music production company 'Scott Martin Music'.

The Vault VIP Lounge Welcomes the Return of the Scott Martin Latin Soul...

Only Trust Your Heart 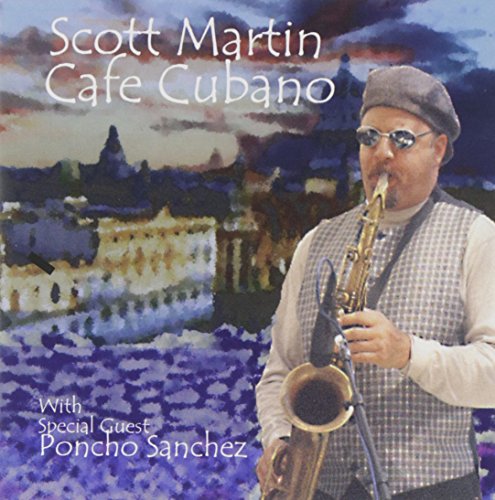 All About Jazz musician pages are maintained by musicians, publicists and trusted members like you. Interested? Tell us why you would like to improve the Scott Martin musician page.