Sean Peterson is a bassist and composer based in Eugene, Oregon. He performs in genres including Jazz, Baroque, Funk, Gypsy-grass, and Salsa. He recently composed, recorded and mixed his debut CD for jazz sextet, “Let It Show,” which was released June 8th, 2015. He performs regularly with Laura Kemp, Eleven Eyes, Tony Glausi, Torrey Newhart, and Oregon Bach Collegium. Previously he has performed with Taarka, Beta Collide, The Oregon Composers’ Big Band, and The Harry James Orchestra. Sean does it for the love.

Sean is a PhD student in musicology at the University of Oregon and holds a Master's degree in Jazz Studies (Bass Performance). His research focuses on instrumental performance in hip hop and jazz, aspects of musical production in hip hop, rhetorical analyses of jazz performances, and hip hop in musical theatre. 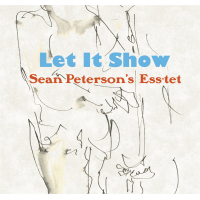 All About Jazz musician pages are maintained by musicians, publicists and trusted members like you. Interested? Tell us why you would like to improve the Sean Peterson musician page.