Sebastian is a guitar player, songwriter, producer and educator based in Bucharest, Romania. His musical journey begun in his teens when he founded several metal bands in his hometown in Transilvania. In 2001 he decided to found Alinian together with his brother Radu Grosu. Labeled by the music media an art rock endeavor, the band played extensively the local club circuit and also participated in a series of national festivals (Brasov - 2005, Buzau 2006, Turnu Severin 2009) In 2006 Alinian started the collaboration with Taine Records which led to the “Garden of Alinian” album, released in 2007. After that... jazz happened! Being infected with the jazz virus, Sebastian decided to become a virtuoso guitar player and improviser. He took a one year journey into the world of gypsy jazz hitting the stage together with the popular “Hot Club de Bucharest” led by the experienced guitarist Malin Cristache. After some serious woodshedding, he started writing songs again in the fall of 2012. The recording and mixing of the songs of his first solo album “Frailty”, a mixture of jazz and rock, has been completed in December 2013. The album was launched in February 2014. 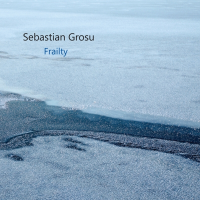 All About Jazz musician pages are maintained by musicians, publicists and trusted members like you. Interested? Tell us why you would like to improve the Sebastian Grosu musician page.