Oblivious to traditional high-performance standards, Seppe Gebruers (1990) was never one to win the Tour de France. To that end he misses a solid training scheme and a sense of calculating opportunism. Instead, Gebruers is more of an attacker than one to dominate the entire race. Furthermore, he rather surrounds himself with a group of equal leading partners than a supporting team of helpers.

Playing at half-force is not an option though, as anyone who has witnessed his physical playing style will testify. Each concert is a classic in its own right, not to be set against another hypothetical future ride. At the same time there is this very open approach to Gebruers’ playing, in which the moment itself is manifest, along with an awareness of space, and particularly a vindication of the input of other musicians. Which should come as no surprise when dealing with a pianist who is just as fascinated by the medieval Messe de Notre Dame by de Machault, as by Georges Aperghis’ contemporary compositions.

This broad view on music already manifested itself at an early stage. After playing jazz standards between age twelve and sixteen, it was time for something else. Gebruers not only studied with jazz-related pianists like Jef Neve, Kris Defoort and Erik Vermeulen, but also absorbed the classical tradition with Levente Kende and Heidi Hendrickx.

His first moment on the big stage then, was after winning the 2011 Young Jazz Talent Ghent contest, together with Ifa y Xango, a collective of like-minded young musicians. A year later the ensemble appeared on the main stage of Gent Jazz, for a set characterized by a bold, “bad-ass” attitude, usually associated with American jazz stars.

This irreverence, brought about by a sense of quasi-naïve frankness, would become the group’s and Gebruers’ trademark. Because for them, improvisation is not so much an idiom as a creative process, a technique allowing musicians to evolve and communicate. Putting them on a different (and, yeah, occasionally on the wrong) track.

This attitude is also prominent in Bambi Pang Pang. With this trio Gebruers performed at Jazz Middelheim 2013, accompanied by American drummer Andrew Cyrille. In this constellation they also recorded the Drop Your Plans album. Even more unorthodox is his duo with Erik Vermeulen, where the name “antiduo” reveals more than is perhaps commercially sensible. Mean, against the grain, and unhindered by standard musical practice, Gebruers develops an unfettered entity, which is not in the least bit concerned about what is allowed or taboo, or the way things are supposed to be.

Furthermore, Gebruers is involved with Nest (together with some Ifa y Xango-colleagues), he also performs as an organ duo with Joachim Badenhorst, and he played with the likes of Jim Black, Robin Verheyen, Nate Wooley, Paul Lytton and Evan Parker. In 2014 Gebruers won the Sabam Jazz Award for emerging talent, and since its foundation in 2013 he has been co-director of the Troika vzw musicians’ collective.

Not particularly fond of musical dos and don’ts, Gebruers since a few years has been questioning the very thing that for most pianists is the essence of their musicality: the piano itself. Searching for ways to bypass the piano’s limiting classical pitching (the sounds corresponding to the white and black keys of the instrument, excluding those that are not part of that range), Gebruers has been experimenting with so-called quartertone music. And what does not seem to work with one grand piano, can fortunately be resolved by using two. Tuning the second piano a quartertone lower than the first, allows him to play sounds that lie in-between the keys of the more highly-tuned instrument. The result is a disorienting sound world in 4D, rich in tapestry and challenging to listen to: both in solo- as well as in the highly- classical piano trio-setting, with Paul Lovens and Hugo Antunes. Show less

Seppe Gebruers Microtonal quartertone pianos Paul Lovens piano Ghent
“(…) Ifa y Xango succeeded in composing an album that combines a ceaseless creativity with the required anchoring structure. Its maturity is striking and so is the added witty architectural graph, serving as a visual reconstruction. Trite comments, such as ‘Keep an eye out for them’ does not suffice here, for Ifa Y Xango has already been delivering a very statement” (G. Peters, Enola)” 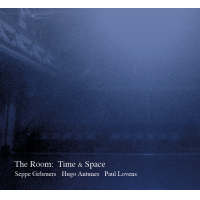 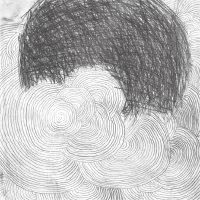 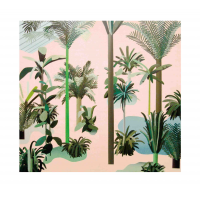 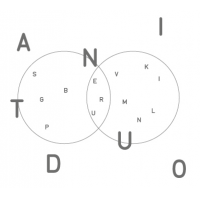 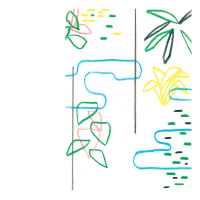 All About Jazz musician pages are maintained by musicians, publicists and trusted members like you. Interested? Tell us why you would like to improve the Seppe Gebruers musician page.