“...An organic authenticity that reflects strong ties to both traditional Persian music and the improvisational aspect of jazz.” - Robert Bush, San Diego Troubadour.

The Sibarg Ensemble explores a creative intercultural music making by combining the sounds of traditional Iranian music and jazz. Through original compositions, arrangements of classical melodies and folk songs, and structured improvisations, ensemble members draw on their own distinct musical backgrounds, while creating a unique dialogue with one another. With each performance, Sibarg sets out to create a sense of unity and peace while facilitating multiculturalism.

. They have also held educational workshops at UCLA, UCSD, the Iranian-American Cultural Center San Diego, and with the Santa Monica Youth Orchestra. Their music has been featured on WNYC’s New Sounds, KEXP’s Wo’ Pop, WFMU, KZSU, and KFJC. Show less

“Cipher is like a kite, is rooted in tradition but sails in improvisational expansiveness.” - Mark Dresser

“Cipher is an exciting contribution to the field of intercultural music making.” - Michael Dessen 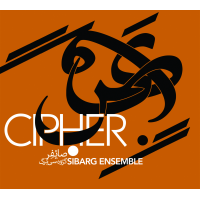 All About Jazz musician pages are maintained by musicians, publicists and trusted members like you. Interested? Tell us why you would like to improve the Sibarg Ensemble musician page.