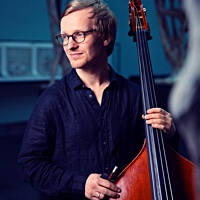 Sigurd Hole is a norwegian bassplayer from Rendalen living in Oslo. After finishing his masters degree in jazz and improvised music at the Norwegian Academy of Music in 2008, he has worked full time as a musician in various ensembles. Often with music relating somehow to norwegian folk music combined with elements from contemporary jazz in bands such as Karl Seglem acoustic quartet, Østerdalsmusikken and Eple Trio. The latter has been his main project for the past 10 years - alongside his more american influenced jazz- and pop oriented work with norwegian guitarist Jon Eberson (most notably in the band Jon Eberson Group). Sigurd recently joined Tord Gustavsens quartet, replacing Mats Eilertsen as the groups new bass player.

Sigurd is also a composer/arranger. His string arrangements have been played all over Norway in concerts with Jon Eberson Group, by musicians from orchestras such as the Bodø Sinfonietta, the Norwegian Chamber Orchestra and Kristiansand Symphony Orchestra. He has also arranged music for the Norwegian Radio Orchestra. In Eple Trio, Sigurd contribute as a composer.

In addition to his artistic work, Sigurd teaches bass, ensembles and improvisation at the Norwegian Academy of Music. He also teaches bass at the University of Agder.

All About Jazz musician pages are maintained by musicians, publicists and trusted members like you. Interested? Tell us why you would like to improve the Sigurd Hole musician page.