Sinan Alimanovich is multi-award winning pianist, organist, composer, arranger, conductor and educator from Sarajevo, Bosnia and Herzegovina. Jazz critics describe him as a very strong jazz player, not only in Bosnia and Herzegovina: “... Alimanovich is the one of the main European pianistic figures especially by his unique approach to American jazz and it's interpretation and perception in Europe...” (D. H. Sansky) Sinan Alimanovich has performed and collaborated with the best European and American jazz musicians including: Aladar Pege, Jim Mullen, Harvie S, Randy Brecker, Barbara Hendricks, Vaclav Zahradnik, Alex Blake, Erich Kleinschuster, Gianni Basso, Ladislav Fidri, Dusko Goykovich, Bobby Sanabria, Stjepko Gut, Lee Harper, Csaba Deseo, Robert Balzar, Jože Privšek, Miljenko Prohaska, Tony Lakatos, Petar Ugrin, Robert Balzar and many others. His compositions and playing are registered at the more than one hundred CD's and videos. Sinan Alimanovich performed around the Europe and United States of America. In 1979. Sinan Alimanovich became a member of the rhythm section of the Great Orchestra (Big Band) of the Radio Television Sarajevo and the arranger, composer and conductor. Soon he became a member of the most popular rock'n'roll band in ex Yugoslavia, Indexi. In 1981, at the “Vaš Šlager Sezone” festival he won the award for the best arrangement of the composition “Betonska Brana”, which was composed together with the guitarist Slobodan Bodo Kovačević

. In 1983. Sinan left the group Indexi. In 1997 Sinan again joins them and remains in the group until the death of the singer - Davorin Popović. In the 1980s Sinan Alimanovich collaborated with many popular groups of Sarajevo rock’n’roll school, such as: Bijelo dugme, Ambasadori, and many others. However, Alimanovich's main interest is jazz and in his music the audience can feel a great influence of the legendary musicians and band’s such as: Weather Report, Miles Davis, Herbie Hancock, Wynton Kelly, etc. Compositions by Sinan Alimanovich, composed in that time, are characterized by specific rhythmic measures close to the Balkans but in combination with the manner of jazz and the unique sound of the Fender Rhodes or Organ. He has been twice a member of the EBU / UER Public Jazz Orchestra (1986 - Opatija and 1990 - St. Gerold) as the only representative of the former Yugoslavia. While he worked in the Big Band of Radio Television Bosnia and Herzegovina, he also led and performed with the small bands under his name. In Music Parade Radenci (JRT), Alimanovich wins prestigious award for the music processing of the traditional song “Oj golube, moj golube”. It was performed by Big Band of the Radio Television Sarajevo. This award is the largest music - instrumental prize that arrived to Sarajevo. In the 1980s, Sinan Alimanović opened the first Jazz Club (Jazz Club of International Friendship) in Sarajevo, which was included in the map of The World Jazz Clubs. During the war time (1992 – 1995) Sinan Alimanovich and the group of enthusiasts were trying to preserve a cultural scene of Bosnia and Herzegovina alive. Five times he was the conductor and arranger at the Eurovision Song Contest. In the book “The Eurovision Song Contest – The Official History”, author John Kennedy O'Connor mentions Sinan Alimanovich as the conductor which performed often at this competition. During the war he composed jazz composition “Sarajevo Remake” which was performed for the first time in 1993 with the remaining members of the Big Band of RTV Bosnia and Herzegovina, in the occupied city. Ten years later, Sinan Alimanovich published jazz album named by the composition “Sarajevo Remake”. In 1997 he re – joins the rock’n’roll band “Indexi”. With the “Indexi” he has recorded and published album “Kameni Cvjetovi” which is their second studio album in 39-year-long career. The album was marked by the Bosnian traditional song “Snijeg pade na behar, na voće”, whose musical arrangement Sinan Alimanović prepared in jazz manner. With “Indexi” he recorded two live albums. Sinan Alimanović was also the Director of Music Production of Radio Television of Bosnia and Herzegovina, in the period 1994-2002. During that time he led twenty music festivals. As the conductor and one of the founders of Sarajevo Big Band, he performed at major concert in Sarajevo's Olympic Hall Zetra. The concert was held in 2000. Some of the guests were: Dusko Goykovich, Indexi, Oliver Dragojevich and many others. The concert was documented in a double CD – box, named “Najveći koncert u gradu”. In 2003. Sinan Alimanović published CD “Sinan Alimanović Quintet – Sarajevo Remake”. A double CD “Sinan Alimanović International Band – Bosnia Groove” was published 2007. Many critics consider album “Bosnia Groove” as the crown of his career (Double CD Bosnia Groove can be heard on: www.jazzradio.com). However, in 2009. Sinan Alimanović publishes another album: “Sinan Alimanović Ladislav Fidri Quartet – Live in Tuzla”. In 2016 Alimanovich realezed solo piano album: “Sinan Alimanović - Live in Sarajevo”. Now, Alimanovich has 10 albums ready for publishing in the form of trio, quartet, duet and solo piano. Documentary movie “Sinan Alimanović - Jazz Musician”, based on the Alimanovic's musical contribution is recorded and produced by Radio Television of Bosnia and Herzegovina. Sinan Alimanović is also a jazz educator at the Sarajevo Music Academy. Show less 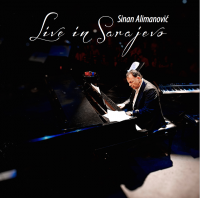 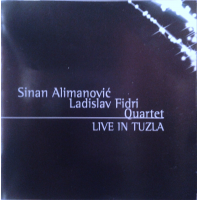 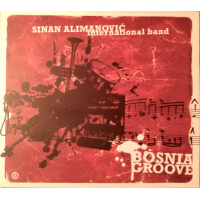 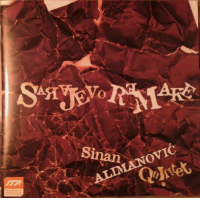 All About Jazz musician pages are maintained by musicians, publicists and trusted members like you. Interested? Tell us why you would like to improve the Sinan Alimanovich musician page.