Clark was born and raised in Herminie, Pennsylvania, a coal mining town southeast of Pittsburgh. At age 12, he moved to Pittsburgh. When visiting an aunt in California at age 20, Clark decided to stay and began working with saxophonist Wardell Gray. Clark went to San Francisco with Oscar Pettiford and after a couple months, was working with clarinetist Buddy DeFranco in 1953. Clark toured the U.S. and Europe with DeFranco until January 1956, when he joined The Lighthouse All-Stars, led by bassist Howard Rumsey.

Clark died of a heart attack in New York City, although commentators attribute the early death to Clark's drug and alcohol abuse.

Close friend and fellow jazz pianist Bill Evans dedicated the composition “NYC's No Lark” (an anagram of “Sonny Clark”) to him after his death, included on Evans' Conversations with Myself (1963). John Zorn, Wayne Horvitz, Ray Drummond, and Bobby Previte recorded an album of Clark's compositions, Voodoo (1985), as The Sonny Clark Memorial Quartet. Zorn also recorded several of Clark's compositions with Bill Frisell and George Lewis on News for Lulu (1988) and More News for Lulu (1992). Show less 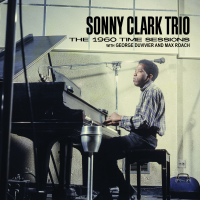 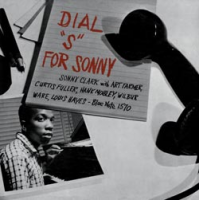 All About Jazz musician pages are maintained by musicians, publicists and trusted members like you. Interested? Tell us why you would like to improve the Sonny Clark musician page.