In December, 2002 their first album “Voices of Heaven” was recorded and went on to reach the No. 1 spot on Billboard’s World Music Chart within 3 weeks of its release in the US.

Soweto Gospel Choir received its greatest accolade in 2007, a Grammy Award for their second CD “Blessed”, in the category “Best Traditional World Music.”At the same time, they were nominated for the 26th International Reggae and World Music Awards, held at the Apollo Theatre, Harlem, on 5 May, in the category “Contribution to World Music”, alongside Jimmy Cliff, Salif Keita, Youssou N’Dour and Ziggy Marley. In May 2007 the choir won a SAMA Award (South African Music Association Award) in the Category “Best Live Performance DVD.”

While in New Orleans, they recorded a track with rock legend Robert Plant, which was included on a Fats Domino tribute album, with proceeds going to the victims of Hurricane Katrina

The choir has toured the world extensively, performing at prestigious venues like Carnegie Hall, Sydney Opera House, the Nelson Mandela Theatre and Royal Festival Hall in London. They have performed at high profile festivals such as the Edinburgh Festival, the Adelaide Festival, the Hong Kong Festival, and the London Festival, always to huge acclaim.

Soweto Gospel Choir received its third Grammy nomination in December 2008, this time in the category Best Contemporary World Music, for their album, “Live at the Nelson Mandela Theatre.” The song “Down To Earth” from the blockbuster Wall-E movie, their collaboration with Peter Gabriel, won a Grammy in the Best Movie Song category.

In February 2009, the choir became the first South African artist to perform at the Academy Awards, when they sang “Down To Earth”, the Gabriel/Newman Oscar- nominated song, with John Legend.

In March 2009, they were nominated for three SAMAs (South African Music Awards), for “Live At the Nelson Mandela Theatre”, winning the Award for “Best Duo or Group.”

2010 saw the release of “Grace,” its fifth album for the Sanachie label. Show less 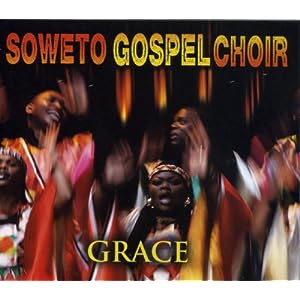 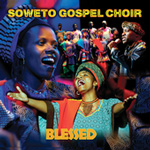 All About Jazz musician pages are maintained by musicians, publicists and trusted members like you. Interested? Tell us why you would like to improve the Soweto Gospel Choir musician page.