Stephen Wood is a composer and performer working out of Atlanta, Georgia and Columbus, Ohio. Stephen's main compositional vehicle is The Stephen Wood Ensemble, through which he just released its debut CD, Inaudible

Wood's strengths lie in his versatility, attention to nuance, and thorough understanding of many styles and genres--from the classical to contemporary. Committed to expanding traditional forms, Wood continues to push the relationship between groove and soundscape in his compositions. His creative voice reveals a detailed attention to harmony and rhythm, and a great passion for the expressive power of sound.

Before relocating to Atlanta in 2007, Stephen led the band Postal in Columbus, Ohio. In addition to playing around the Midwest region, Stephen released the Postal CD, Theory of Chaconne, to critical acclaim. Currently, The Stephen Wood Ensemble operates with two satellite ensembles, a veteran group of Columbus, Ohio's nationally, and a newly formed group of Atlanta, Georgia's young lions.

Stephen is developing his fan base in the Southeast and Midwest by booking touring dates between Ohio and Georgia.

More information about past, present, and upcoming music can be found at www.stephenwood.biz and www.myspace.com/ stephenwoodensemble.

CDs and MP3s by The Stephen Wood Ensemble and Postal are currently available through CD Baby, iTunes, MP3.com, Napster, Rhapsody and many other digital music sites, as well as at all shows and through contacting Stephen Wood personally. Show less 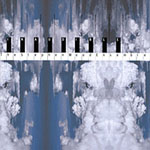 All About Jazz musician pages are maintained by musicians, publicists and trusted members like you. Interested? Tell us why you would like to improve the Stephen Wood musician page.