Just press record and see what happens. Over the past few years, it’s a motto that has come to embody the musical identity of Steve Bilodeau, a Boston-based jazz guitarist who has been performing, recording, and teaching music for over 10 years. Although he began as a rock and blues guitarist, Bilodeau went on to study jazz performance at prestigious institutions such as McGill University and the New England Conservatory of Music, obtaining a Master’s degree in the process. During this time, Bilodeau has studied with some of the greatest living jazz musicians – including Billy Hart, Fred Hersch, Miguel Zenon, and Jason Moran – and has attended renowned music programs such as the Betty Carter Jazz Ahead program and the Banff International Workshop in Jazz and Creative Music. Ultimately, these experiences have taught Bilodeau to embrace the improvisational ‘just press record’ approach to creating music, as it exposes the imperfections of even the most talented musicians. It is only through improvisation that a musician can truly push themselves to the limit, and the ensuing struggle and mistakes brings one closer to genuine musical expression. And that’s exactly what Bilodeau wants his listeners to hear when they listen to his albums or watch him perform live – genuine expression.

As Bilodeau puts it, “All my favorite musicians miss notes. If you're a jazz musician and you never screw up it's because you're not trying hard enough. You're not pushing yourself. You're at your limit? You're going to screw up. If you don't screw up it's because you're playing it safe and nobody wants to hear you play it safe…. I want to see struggle and pain and joy and overcoming. That's music man, that's life – that's what I want to see…. Life is hard! Show me that you know that. I want to see the struggle, give me something to relate to, show me what your life is like. That's what I want to hear.”

To date, Bilodeau has released three albums – The Steve Bilodeau Group EP, Ascent, and The Sun Through The Rain. In Ascent and The Sun Through The Rain, Bilodeau’s ‘just press record’ mentality can be seen in full force. Ascent, consisting entirely of duo improvisations featuring violist Benjamin Von Gutzeit and Bilodeau himself on guitar, was recorded in a single night in the Rocky Mountains of Banff Alberta. With its ambient textures and free improvisation, Ascent is a genuine musical representation of how it feels to be immersed in a foreign wilderness environment, as experienced by Bilodeau and Von Gutzeit. The Sun Through The Rain is a trio recording featuring saxophonist Richard Garcia and drummer Dor Herskovitz. Like Ascent, The Sun Through The Rain consists solely of spontaneous improvisations that span a wide range of sonic textures – from the calm and ethereal to the chaotic and noisy. The album serves as a reminder that in the face of adversity and hardships, we must strive to see the silver lining of our situation; that is, the sun through the rain.

Grammy-nominated saxophonist Miguel Zenon had high praise for Bilodeau’s latest album, saying “The Sun Through The Rain captures Steve and his musical companions through explorations that display great nuance, maturity and cohesiveness. Steve’s guitar sound in particular is daringly refreshing and a preview to what promises to be a rewarding musical career. A great album”.

There are many talented musicians in today’s scene, yet it is the depth and diversity of knowledge spanning a broad range of musical interests that sets Bilodeau apart. At 28 he is already an expert guitarist, creative composer, and a gifted bandleader and musical personality. In addition, Bilodeau has been exploring the world of electronic and hip-hop music production since 2011, releasing instrumental beat tapes under the moniker of “Billa Joints”. This new pursuit has further broadened Bilodeau’s horizons and has led to collaborations with artists outside of the jazz arena, such as rapper Kyle Bent and R&B singer Charles Alexander. Ultimately, Bilodeau hopes that his eclectic, improvisational brand of music will enable him to stand out as an influential figure in today’s jazz scene. Show less 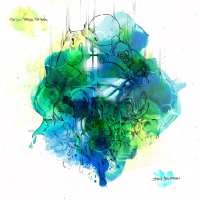 The Sun Though the... 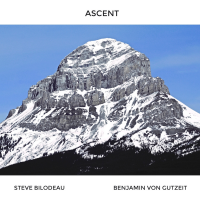 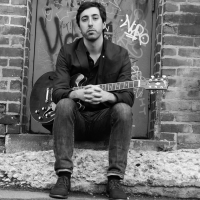 Live at The Lilypad 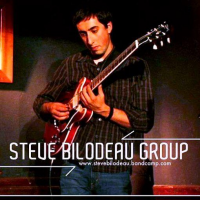 All About Jazz musician pages are maintained by musicians, publicists and trusted members like you. Interested? Tell us why you would like to improve the Steve Bilodeau musician page.