Prior CD “New Beginnings features:Mike Stern, Chris Morrison, Authur Lipner and Johnny Durkins !!!
http://www.youtube.com/qupsclarke
“Sparkle” is his 8th release on Hop-N-Bop Records and is being well received by fans in U.S. and Europe.
The inter play of this trio is quite noticeable, performing together the last 5 years and doing 5 European tours as a trio has paid off. The grooves and improvisations throughtout the recordings and shows flow naturally and seamlessly into and out of the compositions.
Internationally known bassist Steve Clarke has released 7 funk-Jazz CD's under own name .

Steve Clarke Trio is a Funky/Jazz band. We play mostly originals that are a blend of funky-soul music with jazz improvisation. Da bassist, composer and educator, mixes Jazz, Funky grooves and odd time signatures on all of there CD's

To the world you might be one person, but to one person you just might be the world”
Steve Clarke 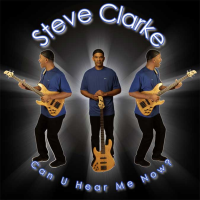 Can You Hear Me Now


In The Third Lane 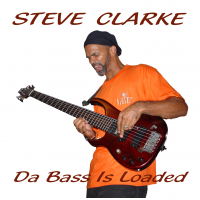 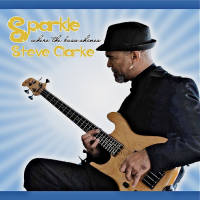 All About Jazz musician pages are maintained by musicians, publicists and trusted members like you. Interested? Tell us why you would like to improve the Steve Clarke musician page.