Steve Dalachinsky is a legendary New York downtown poet. He is active in the free jazz scene. He was born in Brooklyn, New York. He has been writing poetry for many years and has worked with such musicians as William Parker, Susie Ibarra, Matthew Shipp, Roy Campbell, Daniel Carter, Sabir Mateen, Mat Maneri, Federico Ughi, Loren Mazzacane Connors, Rob Brown, Tim Barnes, and Jim O'Rourke. He has appeared at most of the Vision Festivals, an Avant-Jazz festival involving many of these musicians. He also appears often at the Knitting Factory, a unique live music club in Tribeca. He currently lives in Manhattan with his wife, painter and poet Yuko Otomo. His most recent book is “The Final Nite & Other Poems:Complete Notes From A Charles Gayle Notebook 1987-2006” (Ugly Duckling Press, 2006), a compendium of poetry written while watching saxophonist Charles Gayle perform throughout New York City in that time period. Other publications include “Trial and Error in Paris” from Loudmouth Collective Press and “Quicksand” from Isis Press. His spoken word albums include Incomplete Directions, I thought it was the end of the world and then the end of the world happened again with Federico Ughi, Phenomena of Interference with Matthew Shipp, and Thin Air with Loren Connors 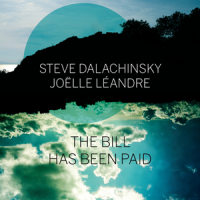 The Bill Has Been Paid 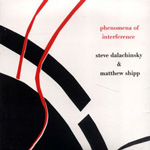 All About Jazz musician pages are maintained by musicians, publicists and trusted members like you. Interested? Tell us why you would like to improve the Steve Dalachinsky musician page.