I’ve been a professional musician for the last 30 years. I was born in Harlem and lived there until the age of ten. From Harlem we moved to St. Albans, Queens. The year was 1957. My experience of being raised in Queens was very influential. At the time there were many great jazz and R&B artists living right in our neighborhood. At home I would mostly listen to my father’s music, which was Tito Puente, Tito Rodriguez, and Machito. Then when I would visit my friends, I would listen to all the great jazz artists. Right in my neighborhood was Lester Young, Eddie Lockjaw

Davis, Count Basie and many more. Also, a great influence on me was the great producer Henry Glover, who lived right on the corner from me. He would also allow me to attend his rehearsals with the Cleftones, Joey Dee and the Starlighters, etc. With all that diversity and styles, I would say most of my music appreciation was due to being exposed in the proper environment. Some of the highlights of my career all stem from live performance, television shows and recording sessions. I was associated with Luther Vandross from 1981 - 2001.

I have appeared on seven platinum albums, and 15 world tours, which include 2 live video performances: 1) “Live in Wimbley Stadium” in London and 2) “Live at Prince Albert Tulley Hall”, also in London. An array of television shows such as: The Tonight Show with Johnny Carson, The Tonight Show with Jay Leno, The David Letterman Show, The Arsenio Hall Show, and The Rosie O’Donnell Show. Also a variety of music shows such as The Grammy’s, The Soul Train Awards, etc.

At this point in my life, I have chosen to devote my time and creativity to pursue my own career. I have also performed with Ron Carter from 1987 to the present, which has included extensive tours of the U.S., Japan and Brazil. Some of the places we’ve performed include The Village Vanguard, The Iridium in NY, The Blue Note in the U.S. and Japan, and The Mistura Fina in Brazil. I’ve recorded 6 CD’s with Ron Carter and appeared on numerous TV shows in the U.S. and Japan. I have presently recorded my own CD, which is titled “In My Path”, which has been released on World Blue Records, which I am no longer affiliated with. I have just completed my second CD entitled “Senor Kroon” for a Japanese label entitled M&I Co., for which I own the rights to in the U.S. and Europe. I am presently subbing on Broadway’s “Tazan”. Show less

Album of the Week: El Mas Alla (Beyond), Steven Kroon 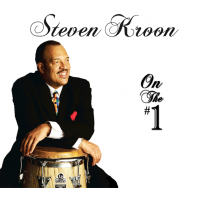 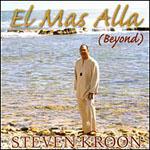 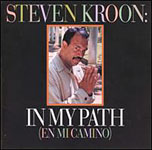 All About Jazz musician pages are maintained by musicians, publicists and trusted members like you. Interested? Tell us why you would like to improve the Steven Kroon musician page.