Steve Swallow was born in New York City in 1940, and spent his childhood in Fair Lawn, New Jersey. Before turning to the acoustic bass at age 14, he studied piano (with Howard Kasschau, who also taught Nelson Riddle) and trumpet. His otherwise miserable adolescence was brightened by his discovery of jazz. He took many of his first stabs at improvisation with Ian Underwood (who subsequently became a Mother Of Invention and an L.A. studio ace), with whom he attended a swank New England private school.

During his years at Yale University he studied composition with Donald Martino, and played dixieland with many of the greats, including Pee Wee Russell, Buck Clayton and Vic Dickenson. In 1960 he met Paul and Carla Bley, left Yale in a hurry, moved to New York City, and began to tour and record with Paul Bley, The Jimmy Giuffre Trio and George Russell’s sextet, which featured Eric Dolphy and Thad Jones. He also performed in the early ‘60s with Joao Gilberto, Sheila Jordan, and bands led by Benny Goodman, Marian McPartland, Chico Hamilton, Al Cohn and Zoot Sims, Clark Terry and Bob Brookmeyer, and Chick Corea.

He toured from late 1965 through 1967 with The Stan Getz Quartet, which also included Gary Burton (replaced in 1967 by Chick Corea) and Roy Haynes. In 1968 he left Getz to join Gary Burton’s quartet, an association he maintained, with occasional interruption, for 20 years. He has performed on more than 20 of Burton’s recordings, the most recent being Six Pack, released in 1992.

In 1970 he switched from acoustic to electric bass and moved to Bolinas, California, where he wrote music for Hotel Hello, a duet album for ECM with Gary Burton. Returning to the East Coast in 1974, he taught for two long years at the Berklee College of Music. In 1976 he was awarded a National Endowment For The Arts grant to set poems by Robert Creeley to music, which resulted in another ECM album, Home. He performed with such diverse soloists as Dizzy Gillespie, Michael Brecker, George Benson and Herbie Hancock, and recorded with Stan Getz (on an album featuring Joao Gilberto), Bob Moses, Steve Lacy, Michael Mantler and Kip Hanrahan. He also played on recordings produced by Hal Willner, on tracks featuring, among others, Carla Bley, Dr. John and James Taylor.

In 1978 he joined the Carla Bley Band. He continues to perform and record with her extensively, in various contexts.

He toured and recorded often with John Scofield from 1980 to 1984, first in trio with drummer Adam Nussbaum and then in duet. He has since toured often with Scofield, and has also produced many of his recordings.

He has also co-produced several albums with Carla Bley, including Night-GIo (1985), which she wrote to feature him, and Carla (1987), a collection of his songs featuring her. In 1978 he also produced the first of four albums for the British saxophonist Andy Sheppard. In the ensuing years he produced recordings for Karen Mantler, Lew Soloff and Niels-Henning Orsted Pedersen, and recorded and/or toured with, among others, Joe Lovano, Motohiko Hino, Ernie Watts, Michael Gibbs, Rabih Abou- Khalil, Paul Bley, Henri Texier, Michel Portal and Allen Ginsberg.

Since 1988 he and Carla Bley have performed duet concerts in Europe, the United States, South America and Japan. Duets, an album of their songs arranged for piano and bass, was released in 1988, and a second recording, Go Together, in 1993.

In December of 1989 he reunited, after 27 years, with Jimmy Giuffre and Paul Bley to record two discs for Owl Records entitled The Life Of A Trio. This trio toured frequently until Spring of 1995, and recorded for Owl and Soul Note Records.

In 1991 he composed and produced Swallow, a recording featuring his five-string bass and several of his long-time associates, including Gary Burton, John Scofield and Steve Kuhn.

He recorded often in 1993. John Scofield and Pat Metheny’s I Can See Your House From Here, on which he played with drummer Bill Stewart, was released on Blue Note Records; this quartet toured in the summer of 1994. Real Book, his third XtraWATT disc, was recorded in December of 1993 and released in 1994; its cast included Tom Harrell, Joe Lovano, Mulgrew Miller and Jack DeJohnette.

In Spring of 1994 he was featured at the London Jazz Festival in a concert of his compositions with lyrics written and sung by Norma Winstone. 1994 also contained concert appearances in Japan with Steve Kuhn and in Europe with The Very Big Carla Bley Band, Jimmy Giuffre and Paul Bley, The Paul Motian Electric BeBop Band, Niels-Henning Orsted Pedersen, and Carla Bley and Andy Sheppard. A live recording of this trio, Songs With Legs, was released on WATT in early 1995, at which time they again toured Europe. He also recorded in Spring of 1995 with Steve Kuhn, Michael Franks, John Taylor, Pierre Favre and Julian Arguelles. In July he and Carla Bley performed duets in Brazil, and in the fall returned to Europe for a lengthy tour.

In Spring of 1996 he found himself again touring Europe, first with Bley and Sheppard and then with John Scofield and Bill Stewart. He subsequently co-produced and played on Scofield’s first album for Verve Records, Quiet. He also co-produced and played on The Carla Bley Big Band Goes To Church, recorded live at Umbria Jazz in Perugia, Italy, and toured and recorded with Paul Motian.

In November of ‘96 he introduced The Steve Swallow Quintet, with Chris Potter, Ryan Kisor (subsequently replaced by Barry Ries), Mick Goodrick and Adam Nussbaum, to audiences in Europe, and recorded with this group after its tour. The resulting album, Deconstructed, features his compositions based on classic Tin Pan Alley song structures; it was released in early 1997.

He toured relentlessly in 1997 with Trio 2000 (with Paul Motian and Chris Potter), Carla Bley, John Scofield and several others, and recorded with several diverse artists, including Henri Texier (with Lee Konitz and Bob Brookmeyer), Glen Moore, Ettore Fioravanti and Michel Portal. He also produced the first of two recordings by French drummer/composer Christophe Marguet.

In the Spring of 1998 he toured and recorded with Lee Konitz and Paul Motian, and toured with Brazilian guitarist Paulo Bellinati. He also participated with Carla Bley in the Copenhagen Jazzvisits program, and was nominated for the 1999 Danish Jazzpar. In April he directed and performed his music for big band with the Harvard University Jazz Band, and in June recorded with pianist Christian Jacob. In July he participated in a tour presenting the concert version of Carla Bley’s Escalator Over The Hill, and toured in trio with Lee Konitz and Paul Bley. He toured in the Fall with Paul Motian’s Electric Bebop Band, and with John Scofield and Bill Stewart. He also toured in duo with Carla Bley, which resulted in a third Duets CD entitled Are We There Yet?

In March and April of 1999 he toured again with his quintet. Reviewing the band’s performance at Ronnie Scott’s Club in the Times of London, Chris Parker wrote “...this was as near a perfect display of small-group jazz - robust yet exquisitely poised, cogent but surprisingly delicate - as has been heard in London in recent years.” An XtraWATT CD entitled Always Pack Your Uniform On Top, recorded live at Ronnie’s, was released shortly thereafter.

Following a week in Tokyo with Carla Bley’s 4X4, he toured with Bobby Previte’s Bump The Rennaisance (which also featured Ray Anderson and Wayne Horvitz), and then returned to Europe for the July festival circuit with 4X4. In August he produced Karen Mantler’s Pet Project, his third collaboration with her. He continued a madcap year of touring in the Fall with John Scofield and Bill Stewart, Toots Thielemans with Kenny Werner, Norma Winstone with John Taylor and Ralph Towner, and finally with Carla Bley and Andy Sheppard.

2000 proceeded apace. After a return to Tokyo with Carla Bley, this time performing Fancy Chamber Music, and to Sao Paulo performing Duets, he traveled Europe again with Paulo Bellinati. European festival-goers found him with Bobby Previte in July, and with John Scofield in August. In September he reunited with Lee Konitz and Paul Bley for appearances in the USA, and then returned to Europe for further tours with Bobby Previte and Carla Bley.

2001 promised further adventures. He toured again with Carla Bley and Andy Sheppard in the Spring and with John Scofield and Paulo Bellinati in the Fall. In November he convened his own trio, Damaged In Transit, which includes Chris Potter and Adam Nussbaum. The trio recorded following a European tour; this recording is available on XtraWATT/ECM. 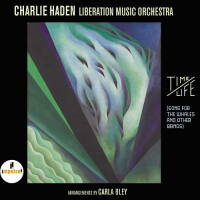 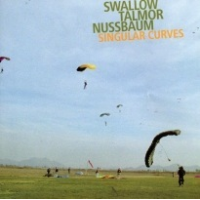 All About Jazz musician pages are maintained by musicians, publicists and trusted members like you. Interested? Tell us why you would like to improve the Steve Swallow musician page.