Born in Newark, NJ, Steve Swell has been an active member of the NYC music community since 1975. He has toured and recorded with many artists from mainstreamers such as Lionel Hampton and Buddy Rich to so called outsiders as Anthony Braxton, Bill Dixon, Cecil Taylor and William Parker. He has over 30 CDs as a leader or co-leader and is a featured artists on more than 100 other releases. He runs workshops around the world and is a teaching artist in the NYC public school system focusing on special needs children.

Swell first came to public attention performing with Makanda Ken McIntyre in the multi-instrumentalist's concert at Carnegie Recital Hall in 1985 of which Herb Boyd of The Amsterdam News wrote, “Swell possess(es) a forceful, but mature sound...with a vibrant syncopation...” Swell came to international attention while touring in Europe and recording with altoist Tim Berne and his group “Caos Totale.” There are two studio recordings of this band on the JMT label. During this time Steve also toured and recorded with Joey Baron's “Barondown” who released three CDs; one for JMT, New World and Avant.

Even though he is identified with the “downtown scene,” Swell has been developing his style in the more so-called “traditional avant-garde” arena. Co- leading projects such as “Space, Time, Swing” with Perry Robinson, being a sideman in William Parker's “Little Huey Creative Music Orchestra” and working with other similar people has kept him on this circuit. Dave McElfresh of Jazz Now wrote in a review of drummer Lou Grassi's CD, PoGressions, “Swell's powerful trombone zooms in and out of the music like a plane diving at a target. Players like himself - and music like this - are to be thanked for the revival of interest in the instrument.”

Swell's newest CD, “Swimming in a Galaxy of Goodwill and Sorrow” featuring Jemeel Moondoc, William Parker and Hamid Drake, was released on the RogueArt label in May 2007. Slammin' The Infinte's new release “Live at the Vision Festival” with Sabir Mateen, Matt Heyner, Klaus Kugel and featuring John Blum is also now available. Swell was a featured soloist in Anthony Braxton's opera, “Shala Fears For The Poor,” performed at John Jay College in NYC. Steve recently taught a master class at New England Conservatory in Boston and he is also an artist/mentor in the NYC public school system. Show less

”Remember Now is (Slammin’ The Infinite’s) second release and as good as the first one was, this one is light years beyond that. Every track has something to offer. It’s almost hard to take this disc off once one puts it on. Remember Now makes a good case for Slammin’ the Infinte being one of the most exciting working groups in jazz/improvised music today.” -Robert Iannapollo, All About Jazz, NY, September 2006
“...the session opens with a Swell cadenza that features 50 seconds of the most achingly lyrical playing the trombonist has committed to record...This music makes me feel like I’ve been somewhere even though I haven’t left my yard.” —David Dupont, Cadence Magazine, June 2005

Steve has been a Teaching Artist in NYC public schools for the past 7 years. He has done festival workshops while on tour in the US, Canada and Europe (New England Conservatory, University of Michigan, Tulane University, Hoschule fur Musik, Dresden, Guimares Festival Workshop, etc.) Full teaching bio availabe at www.steveswell.com.
Rates—$100 per hour (negotiable) 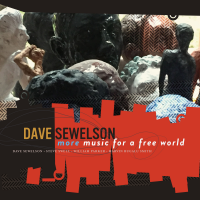 More Music for a Free... 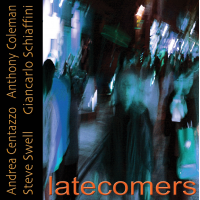 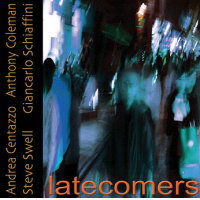 The Center Will Hold 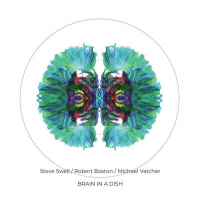 Brain In A Dish

All About Jazz musician pages are maintained by musicians, publicists and trusted members like you. Interested? Tell us why you would like to improve the Steve Swell musician page.