Jazz Review calls Seattle-based saxophonist and composer Steve Treseler “a bona fide big player in the arena of straight-ahead jazz who provides just enough other ingredients to keep it all fascinating and fresh.” Treseler’s music draws from the traditions of classic and contemporary jazz, impressionism, minimalism, and indie rock.

Growing up in Edmonds, WA, Steve began playing the clarinet in school band at age ten and picked up tenor saxophone in middle school. He got serious about playing jazz in high school, and he immersed himself in the classic recordings of Lester Young, Clifford Brown, John Coltrane, and Thelonious Monk. He began to compose original music and joined a youth New Orleans jazz band that performed in festivals up and down the west coast.

Steve continued his education on scholarship at New England Conservatory of Music in Boston where he studied with jazz legends Jerry Bergonzi, Bob Brookmeyer, George Garzone and Steve Lacy. He graduated with distinction in performance and was named “Outstanding Soloist” in the college division by DownBeat magazine.

Steve is an in-demand educator in Seattle. He has a large studio of private students, and he presents workshops on jazz and improvisation throughout the Pacific Northwest. Treseler’s new textbook The Living Jazz Tradition: A Creative Guide to Improvisation and Harmony has been used in classes at Berklee, University of Idaho, and Central Washington University. Steve is currently working toward a master’s degree in jazz studies at the University of Washington as Cuong Vu’s teaching assistant. Show less

”Treseler is a bona fide big player in the arena of straight-ahead jazz who provides just enough other ingredients to keep it all fascinating and fresh.” -Jazz Review 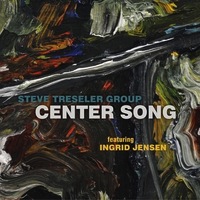 All About Jazz musician pages are maintained by musicians, publicists and trusted members like you. Interested? Tell us why you would like to improve the Steve Treseler musician page.