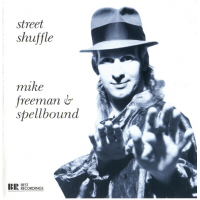 Street Shuffle catipulted onto the national radio charts and was added to the playlist of over 200 radio stations in the U.S. It aired on David Sanborn’s nationally syndicated radio show and was included on United Airlines' in-flight playlist. Highlights include the R&B hit title track in addition to drive time favorites "Channels", "Spring Days Summer Nights" and "Serendipity".

All About Jazz musician pages are maintained by musicians, publicists and trusted members like you. Interested? Tell us why you would like to improve the Street Shuffle musician page.