Introduced to the piano at four years of age, Stu Mindeman spent his formative years in Santiago, Chile, and Chicago, Illinois, and quickly realized that he wanted to pursue a life in music.

Stu maintains a busy performance schedule throughout the world, both on stage, and behind the scenes, as a composer, arranger, and producer.

His debut album of original music, “In Your Waking Eyes: Poems by Langston Hughes”, was released in 2014 to critical acclaim. 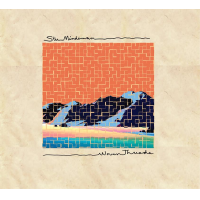 All About Jazz musician pages are maintained by musicians, publicists and trusted members like you. Interested? Tell us why you would like to improve the Stu Mindeman musician page.