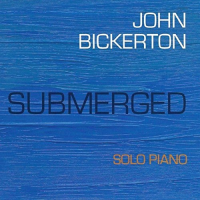 Psalm, Mob Job, Going to California, That's What They'll Tell You, Sugar Mountain, Within You Without You.

After some time off of the New York jazz scene, John Bickerton, who made a strong impression with his three previous recordings (Drinking From The Golden Cup, Shadow Boxes and Open Music), dives in with the release of this very original solo piano set.   During these six pieces, Bickerton displays a fresh concept to his improvising. “Each performance begins with a simple, tonal melody which gradually morphs into an open and vast sound world. I was after musical performances where the mix of tonality and a free chromaticism seem organic, and the resulting language feels natural. It's like being submerged beneath the surface of the ocean or a large lake experiencing the otherworldliness, the sense of new, the out of the ordinary, that's where I try to go with each song.”   Submerged begins with the pianist’s “Psalm.” His thoughtful reading of the melody precedes melodic improvising that builds in passion and intensity. This is a perfect example of his concept; the form follows the improvising rather than the other way around. Ornette Coleman’s “Mob Job” has probably never been played before as a solo piano piece but, by emphasizing the singable quality of Coleman’s melody and utilizing a type of quasi-vamp, Bickerton comes up with an inventive performance.   He also transforms such unlikely material as Led Zeppelin’s  “Going To California,” Neil Young’s “Sugar Mountain” and George Harrison’s “Within You, Without You” into creative, pianistic, improvisations. His recent original “That’s What They’ll Tell You” is probably the freest performance on the album. “I use expanding melodic variation as the basis for improvisation rather than a chord progression or set of harmonies. I hope for each piece to have the effect of a poem or well-told story.” The result is a thought-provoking musical journey through the pianist’s imagination. - Scott Yanow, Jazz Journalist/Historian 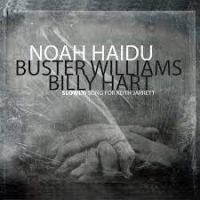 All About Jazz musician pages are maintained by musicians, publicists and trusted members like you. Interested? Tell us why you would like to improve the Submerged musician page.