Eclectic, outrageous, sometimes mystifying but always imbued with a powerful jazz consciousness, the music of Sun Ra has withstood its skeptics and detractors for nearly three generations. And well it should, since Sun Ra has been both apart of and ahead of the jazz tradition during that time. Like Duke Ellington and swing-era pioneer Fletcher Henderson, Sun Ra learned early on to write music in an arranged form that showcased the specific talents of his individual Arkestra members, and he has retained the services of some of these musicians to this day: John Gilmore, Marshall Allen, and Julian Priester for example since they first joined in the 1950's. On the other hand, Sun Ra was the first jazz musician to perform on electronic keyboards (56), the first to pursue full-scale collective improvisation in a big band setting, and his preoccupation with space travel as a compositional subject predated bands like Weather Report by about 15 years.All this from someone who refuses to even cite the earth as his home planet and prefers to have arrived from Saturn. As Sun Ra once explained it, “I never wanted to be a part of planet Earth, but I am compelled to be here, so anything I do for this planet is because the Master-Creator of the Universe is making me do it. I am of another dimension. I am on this planet because people need me”.

Equally as mystifying is the fact that Sun Ra has no legal birth certificate. The Library of Congress claims that he arrived in Alabama, U.S.A., and his passport states that his legal name is Le Sony'r Ra, thus making all other names such as Sonny Lee, Sunni Bhlount, Armand Ra, and H. Sonne Bhlount merely pseudonyms.

In the 1940's Sun Ra became the house arranger for stage shows at the famous Chicago night spot, the Club DeLisa and played for the band led by Fletcher Henderson. Henderson was the arranger for the Benny Goodman Orquestra as well as his own and was a great inspiration to Ra who encouraged him to continue writing. In the early 50's, Ra's more radical compositions and arrangements found their way into his own groups which featured exotic costumes and unusual instruments.

By 1955 while in Chicago, Le Sony'r Ra had become “Le Sun Ra” or Sun Ra, leader of the Solar Arkestra which has also been known by many other names such as the Myth-Science Arkestra, the Solar Myth Arkestra, and the Omniverse Arkestra. In addition to saxophonists Gilmore and Allen, the band boasted a number of musicians who have contributed much to jazz, including bassist Richard Davis, trombonist Julian Priester, drummer Clifford Jarvis, and reedman James Spaulding. The Arkestra itself started as what was thought to be a hard-bop big band at the Grand Terrace and Birdland night clubs - a rare enough item - but soon was incorporating free improvisation. As such, it was a major influence on the emerging avant-garde jazz musicians in Chicago, such as Muhal Richard Abrams, Henry Threadgill, and the Art Ensemble of Chicago.

From its inception, the Arkestra's music was infused with Sun Ra's unique philosophy, an unexpected hybrid of space-age science fiction and ancient Egyptian cosmo religious trappings. This philosophy gained a visual manifestation in the colorful robes, mock-metallic capes, and space headgear worn by the band (it's the only jazz orchestra that brings a tailor on tour), and in a stage presentation that usually features several dancers, a number of group chants (”We travel the spaceways/From planet to planet”), and at least one instance of the entire band juking its way, single-file, through the audience.

In 1960, Sun Ra moved his earthbound base of operations to New York, then in 1968 settled in Philadelphia. In both cities, as in Chicago, the band lived and worked as a sort of collective, with the hard-core nucleus sharing living quarters with the leader and assuming the role of cosmo-friends to the master. Throughout the 60's Sun Ra continued to record for his own deliberately poorly distributed Saturn Records label, and also on various European labels, while touring widely and continuing to spread the fame of his live performances. In recent years Sun Ra has steadily returned to the music of the near past - the standards and jazz classics he grew up with - although it is all filtered through his delighfully off center perspective.

In an interview with Jazziz magazine, Sun Ra recalled, “They really thought I was some kind of kook with all my talk about outer space and the planets. I'm still talking about it, but governments are spending billions of dollars to go to Venus, Mars, and other planets, so it's no longer kooky to talk about space”. For Sun Ra, though, it has never been a matter of mere oddness. When he talks of his Saturnian origins, of observing the planets and travelling the spaceways, and of “going into space”, it is really a lavishly elaborated metaphor, or so it seems to those who are not aware of the spiritual side of things. Sun Ra's music transcends earthbound limitations by riding the flights of imagination, and his message is that all of us are free to ride those flights with him if we have the precision and discipline to do so. Show less 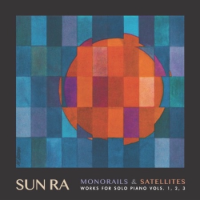 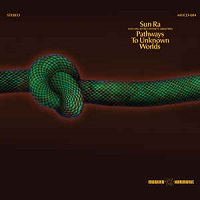 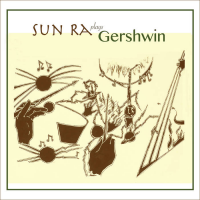 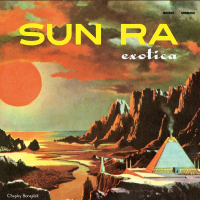 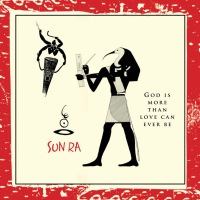 God Is More Than Love...

All About Jazz musician pages are maintained by musicians, publicists and trusted members like you. Interested? Tell us why you would like to improve the Sun Ra musician page.