Szymon Białorucki — studied jazz trombone with Grzegorz Nagorski, at the Academy of Music in Katowice. In the year 2013/14 he studied with Nils Wogram, at the Hochschule Luzern, Musik, in Switzerland.

Szymon leads a quartet The Forest Tuner, where he presents his personal vision of music. The band released its debut album entitled “Tunes” in 2016. He plays in the Konglomerat Big Band – Poland’s first professional, non-commercial Big Band profiled for contemporary improvised music.

With Mateusz Walach Big Band he received a Grand Prix at the XVII Big Band Festival in Nowy Tomysl, and the band The Forest Tuner was distinguished with the III prize at the VI National Jazz Competition at the RCK Jazz Festival. 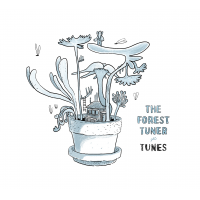 All About Jazz musician pages are maintained by musicians, publicists and trusted members like you. Interested? Tell us why you would like to improve the Szymon Bialorucki musician page.