Showing the global appeal of this phenomenal group, they celebrated their 25th Anniversary last year with a World Tour including stronghold favorite markets Asia, South America, eastern and western Europe and the United States and TAKE 6 opened up new markets with debut tours of Australia and Canada. They receive rave reviews and overwhelming audience reception wherever they go. From New York’s famed Blue Note to the Montreux Jazz Festival, from PBS to ABC-TV specials, they remain the quintessential and pre-eminent a capella group in the world, working harder than ever, and loving every minute of it.

Most recently, TAKE 6 had the honor of being the first American vocal group to perform in Cuba since diplomatic relations were restored. One of the Public Diplomacy officers wrote after the concert, “The group elicited a response I’ve yet to see many groups here do, and in some form helped to advance U.S. diplomacy and interests in ways that our formal process could not.”

For those who have patiently waited for new music from the sextet, wait no more! The group has signed with SoNo Recording Group and will release a new album, Believe, in 2016 with lots of surprises. The first single, just released, is “When Angels Cry” catering to their gospel roots and just in time for the holidays. take-6-stevie-wonder

TAKE 6 captivates the audience wherever they perform. At Walmart’s 50th Anniversary celebration, alongside Celine Dion, Lionel Richie, Justin Timberlake, their rendition of the Louis Armstrong hit, What a Wonderful World was received uproariously and when they closed the show with Ladysmith Black Mambazo, the crowd went wild during a standing ovation. Two weeks later, at the behest of legendary producer Phil Ramone, TAKE 6 thrilled at the Songwriters Hall of Fame Awards performing with, and honoring, legendary singer-songwriter Ben E. King on his classic “Stand by Me.” Joining such luminaries on stage as Stevie Nicks, Ne-Yo, and more, TAKE 6 once again brought the house down with their tribute to folk icon Woody Guthrie with This Land Is Your Land. More recently, they were honored to be invited to commemorate the 50th anniversary of this civil rights icon’s assassination at the Medgar Evers Memorial. take 6 saturday night live

TAKE 6 has come a long way from their days at Huntsville, Alabama’s Oakwood College where Claude McKnight formed the group as The Gentleman’s Estate Quartet in 1980. When tenor Mark Kibble heard the group rehearsing in the dorm bathroom, he joined in the harmonies and performed on stage with them that night. When they signed to Reprise Records/Warner Bros. in 1987, they found that there was another group with the same name as the second incarnation of the group, Alliance, so they became TAKE 6. Says McKnight: “TAKE 6 was all about a democratic process of throwing a couple of hundred names at each other and TAKE 6 was the one that got the most yay votes. It pretty much was a play on the Take 5 jazz standard and the fact that there are six of us in the group.”

Their self-titled debut CD won over jazz and pop critics, scored two 1988 Grammy Awards, landed in the Top Ten Billboard Contemporary Jazz and Contemporary Christian Charts — and over 25 years later they are in even greater demand. They earned performances on Saturday Night Live, the Oscars, the Grammys, and have had the honor of performing for four sitting U.S. Presidents, and at the Democratic National Convention.

What makes the music and the group remain successful for this long? The answers are direct and simple: faith, friendship, respect, and love of music. From their exceptional live performances to their recordings, these qualities remain at the heart of the TAKE 6 phenomenon. Show less

George Duke and Take 6 Together Saturday, November 2 at NYC's Beacon... 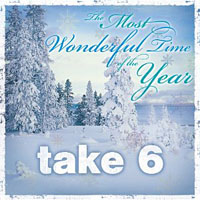 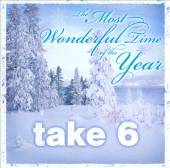 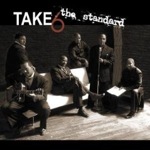 All About Jazz musician pages are maintained by musicians, publicists and trusted members like you. Interested? Tell us why you would like to improve the Take 6 musician page.