Originally from Athens, Greece Tassos Spiliotopoulos lived in London for over twelve years and since 2013 is based in Stockholm, Sweden. While in London Tassos quickly became a part of the UK Jazz scene and worked with many of the country's top musicians. He also studied at the prestigious Guildhall School of Music & Drama (Mmus) and Trinity College of Music (Bmus, Hons).

Since the very beginning of his time in London Tassos has been touring with his own bands as well as numerous other creative projects, performing in clubs and festivals in over 15 countries in Europe, America and Asia. He has worked with artists such as Kenny Wheeler, Gary Husband, Asaf Sirkis, Dimitri Vassilakis, John Parricelli, Mike Outram, John Etheridge, and more.

In 2005, Tassos formed a quartet with three of the most talented musicians he has been playing with, Asaf Sirkis, Robin Fincker and Yaron Stavi. The idea was to create a fresh sounding, contemporary group that combines lyrical, extended-form compositions with high energy improvising. The Quartet's first album 'Wait For Dusk' was released by Konnex Records in 2006.

2016 marks a new collaboration between Tassos and Swedish musicians Örjan Hultén, Fredrik Rundqvist, Palle Sollinger and the release of the new album 'In the North'

. An album that Tassos considers his best recorded work yet and one that confirms his reputation as one of the most accomplished guitarists of his generation and a musician that brings something truly new to the Jazz table. As with previous Tassos Spiliotopoulos albums, the music builds on to the modern Jazz idiom, but this time new influences from greek folk music, film music, flamenco, blues and fusion are incorporated

Guitarist Tassos Spiliotopoulos Releases "In The North" - Out Now

’’..arising from eclectic influences, this is original music for concentration, absorption and enjoyment.’’ (London Jazz News)

“Compelling guitarist Spiliotopoulos creates dark, modal jazz... a band and a guitarist to watch out for.” —Time Out, London

“...In the sound of excellent Jazz guitarist Tassos Spiliotopoulos we hear fusion masters such as Allan Holdsworth, Scott Henderson and John McLaughlin, as well as younger important players such as Kurt Rosenwinkel and Ben Monder.” — Jazz & Tzaz Magazine 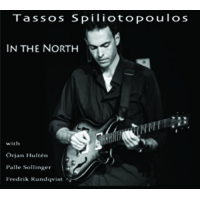 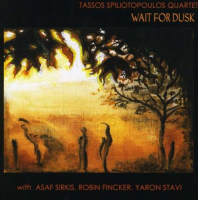 Tassos Spiliotopoulos
In the North

All About Jazz musician pages are maintained by musicians, publicists and trusted members like you. Interested? Tell us why you would like to improve the Tassos Spiliotopoulos musician page.