TATUM GREENBLATT
Tatum Greenblatt has established himself as one of the most in-demand trumpet players on New York City's music scene. Named by Wynton Marsalis as one of his favorite “up-and- coming trumpet players,” Greenblatt has performed with Marsalis, as well as with Joe Lovano, Jazz at Lincoln Center Orchestra, The Mingus Legacy Bands, Maria Schneider, India Arie, George Gruntz, Donny McCaslin, David Berger, Christian McBride, Jimmy Cobb, Jeremy Pelt, Sara Gazarek, Reggie Workman, George Garzone and the Duke Ellington Orchestra, among many others. After earning his Master's Degree from The Juilliard School, Tatum can now be heard performing all over the world with The Richard Bona Group, and frequently around New York City with The Mingus Big Band, Orrin Evans’ Captain Black Big Band, Fat Cat Big Band, and Pedro Giraudo Jazz Orchestra. In May 2011 at the request of Jazz at Lincoln Center, Greenblatt formed and led the Essentially Ellington All-Stars Band performing to sold-out audiences at Dizzy’s Club Coca-Cola. His upcoming album, Imprints, his third as a leader, is slated for release October 2011.


A native of Seattle, WA, Tatum Greenblatt grew up in a musical household with a musician/educator father and filmmaker/educator mother. With frequent rehearsals and impromptu jam sessions often popping up in the family living room, Greenblatt picked up drumming while still a toddler, emulating the musicians who were often at his house to play, and became enamored with the music in his father’s record collection. “My favorite above all others was Art Blakey and The Jazz Messangers,” Greenblatt recalls, “particularly the album, Ugetsu, with Freddie Hubbard on trumpet. I used to ask my parents to put it on when I was just two years old.” At the age of 9, Tatum picked up the trumpet and one year later, began performing with Imperials, a local music and youth organization. Seattle's excellent music programs, which produced several great young musicians including Anne Drummond, Aaron Parks, and a host of others, offered Greenblatt the chance to thrive at an early age. He played his first professional gig, performing with his father, when he was only in the 5th grade. “I was lucky to have some incredible teachers--Robert Knatt in middle school, Clarence Acox at Garfield High School,” Greenblatt remembers. “I gigged in Seattle throughout high school, and got to tour Europe twice during that time.”

One of Greenblatt's biggest influences at the time was Patience Higgins, a highly respected saxophone teacher and professional gigging musician in New York City, and close friend of Greenblatt's father. Higgins stayed with the family when he came through Seattle, tutoring Greenblatt and offering advice on the life of a New York musician. Higgins connected Greenblatt with John Longo, Wynton Marsalis' former teacher, as well as Stanford Davis and Laurie Frink. Higgins continued to mentor Greenblatt after he moved to New York, with the two often meeting up at the regular Jam Session Higgins lead at St. Nick’s Pub in Harlem. A turning point in Greenblatt's education and professional development came when he participated in Jazz at Lincoln Center's Essentially Ellington High School Band Competition program as a junior and senior. It was at Essentially Ellington that he initially met Wynton Marsalis, leading to a three-hour private lesson with the trumpet great and on-going lessons when Greenblatt moved to New York City at the age of 18 to attend The New School for Jazz and Contemporary Music. In addition to Marsalis, the move to New York spurred lessons with such trumpet luminaries as Laurie Frink, Joe Magnerelli, Terrell Stafford, Jimmy Owens, Mark Gould, and Chris Jaudes. Jam sessions at New York clubs such as Cleopatra’s Needle, Zinc Bar, and Smalls, and work with his classmates at the New School, drove Greenblatt to explore experimental, Latin, hip-hop, rock, ska and pop music, greatly expanding his musical horizons. As his education continued, trumpeter Jeremy Pelt became an important mentor to Greenblatt as well, leading to his first experiences playing with The Mingus Big Band. This exciting time period also included a trip to Freiburg, Germany for a jazz workshop with the New School (International Association of Schools of Jazz). Legendary Swiss pianist, composer and big band leader George Gruntz, president of the association that year, presided over the workshop, leading to an offer for Greenblatt to tour with his band. Greenblatt went on to earn his Master's Degree at the Juilliard School, traveling, performing and conducting educational workshops along the way. While still in school, Greenblatt embarked on three European tours with George Gruntz, performed in two concert series with the Jazz at Lincoln Center Orchestra, began performing regularly with The Mingus Big Band, and subbing in Broadway musical orchestras. By the time he graduated, Greenblatt had solidified his place as one of New York’s top young trumpet players.


In addition to touring and performing, Greenblatt has taken onthe role of music educator. He began giving private lessons as early as the 7th grade, so it is natural that his desire to give back extends into his professional career. He spent five years as a Teaching Artist with the Midori and Friends Program, teaching jazz band and private lessons at an inner city New York high school, and has served as a small- ensemble instructor at The New School. He helped lead educational workshops internationally while attending Juilliard, and has recently lead workshops with The Mingus Big Band at the University of Vermont and at the annual Mingus High School Competition and Festival.

Trumpeter Tatum Greenblatt And His Quintet To Perform At Smalls Jazz...


Jazz Improvisation: For musicians at all levels wanting to learn the art of improvisation


Jazz Improvisation: For musicians at all levels wanting to learn the art of improvisation


- What is Bebop?
- Influential Trumpet Players Through the Ages
- Jazz after John Coltrane
- Modern Innovators
- Jazz Today; Is Hip-Hop Jazz?


Getting Hired, and Staying Hired 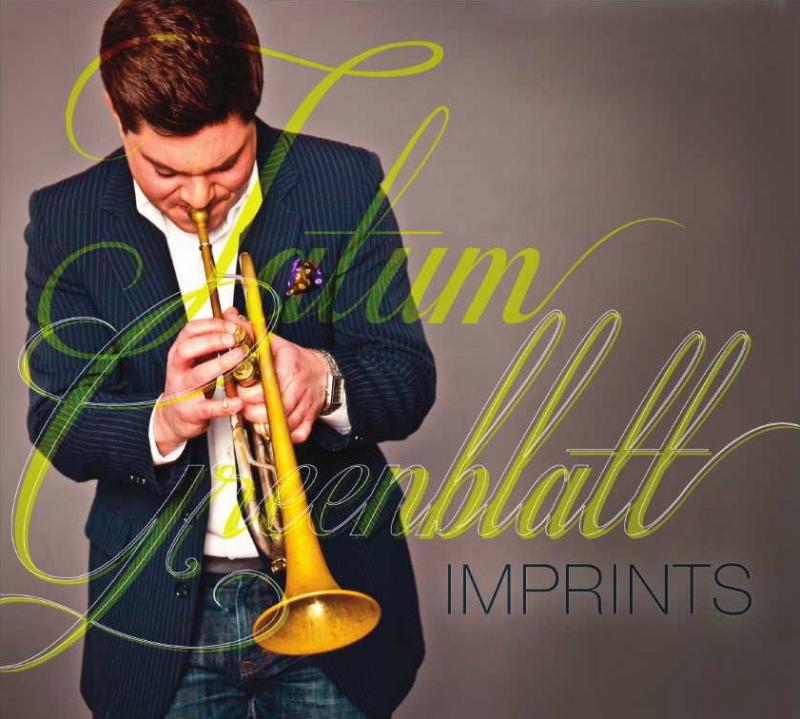 From: What's Next
By Tatum Greenblatt

From: Paradise
By Tatum Greenblatt

All About Jazz musician pages are maintained by musicians, publicists and trusted members like you. Interested? Tell us why you would like to improve the Tatum Greenblatt musician page.