His airy, effortless style, with its emphasis on lightly accompanied right-hand melody, was a key element in the transition from swing to bebop, and many modern jazz pianists took Wilson's approach as their starting point. His early recordings were percussive and forceful, but as he matured his technique became graceful, almost elegant. He was a gifted artist who used the full range of his instrument to his advantage. His recordings with Billie Holiday and Benny Goodman’s trio and quartet during the 1930s are considered classics.

Wilson was born in Austin, TX in 1912, his parents were both schoolteachers. They left Texas in 1918 for positions at the prestigious Tuskegee College in Talladega, AL, one of the pioneer black universities. Wilson studied music at both the Tuskegee Institute and Alabama's Talladega College.

Moving on to Detroit and Toledo, Ohio, he started by joining up with Speed Webb and Milton Senior before heading to Chicago, where he played with the likes of Erskine Tate, Eddie Mallory, Clarence Moore, Jimmy Noone and Louis Armstrong. He traveled to New York in 1933 to join Benny Carter's orchestra, the Chocolate Dandies. After Carter disbanded the following year to take a position as arranger with Goodman's band Wilson worked with an all-star group led by Red Norvo in 1934 and with Willie Bryant's band during 1934 and 1935. He met Goodman in 1935 and in 1936 was asked to join the bandleader's trio, which also included drummer Gene Krupa. Lionel Hampton joined soon after, making it a quartet. Wilson became the first African-American publicly featured in Goodman's line-up.

During his time with Goodman, Wilson put together several small groups for recording sessions, and began a long career as a freelance recording artist that culminated in his marvelous series of discs with Billie Holiday. Other sessions featured such artists as Lester Young, Roy Eldridge, Lena Horne, Ella Fitzgerald, Helen Ward, and Harry James. Wilson left Goodman in 1939 to form his own big band, which included such top musicians as Doc Cheatham, Ben Webster, Rudy Powell, and Hal Baker. Thelma Carpenter was vocalist. Wilson's subtle style failed to win over audiences, however, who often complained that his orchestra sounded ''too white.'' He disbanded the group after only a year and formed a sextet that played regularly at the Cafe Society in New York from 1940 to 1946.

After 1946 Wilson worked mostly as a soloist or in a trio. In 1946 he became a staff musician for CBS radio and operated his own music school, and produced a series of recordings, the “Teddy Wilson School for Pianists,” (reissued on Mosaic) to demonstrate various elements of jazz piano.

He taught at Julliard through the early 1950s, becoming one of the first jazz musicians to do so, and stayed on the staff for seven years. His recording partnerships of the 1950s included significant albums with Lester Young and Benny Carter (both for Verve) in which Wilson's economical style was a perfect setting for each saxophonist. He made a series of recordings for Columbia in the mid-50s, and by the ‘60s had expanded his scope to world wide appearances.. He was part of the mother of all jazz tours, Benny Goodman’s 1962 State Department tour of Russia. He performed with international musicians, developing a close relationship with the Dutch Swing College Band, with whom he made four tours. Wilsons discography for the 1970s includes recording sessions in Copenhagen, Tokyo, Munich, Nice, and London. He was truly an international jazz star. He continued to work right up to the end, making appearances with Goodman, Hampton, Krupa, Benny Carter, Red Norvo and other all-star survivors of the Swing Era, and he also worked extensively with a trio including his sons-Theodore on bass and Steven on drums.

Teddy Wilson maintained a phenomenally consistent standard until the end of his life, because of his influence and longevity; he is regarded by many critics as a significant pianist of the swing era. His extensive catalog of recordings as a sideman and leader, and his distinguished reputation amongst jazz aficionados and musicians alike, are his enduring testament. 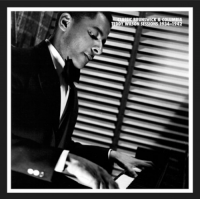 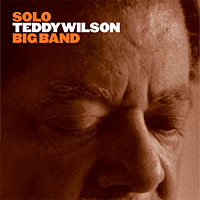 All About Jazz musician pages are maintained by musicians, publicists and trusted members like you. Interested? Tell us why you would like to improve the Teddy Wilson musician page.