The crucible of catastrophe impels creative expression. Since the turn of the century, this has taken shape in manifold ways, from artistic responses to the 9/11 terrorist attacks to the war in Iraq to the pummeling of New Orleans in the wake of Hurricane Katrina in 2005. It is this latter calamity that informs Crescent City native son Terence Blanchard's impassioned song cycle, A Tale of God's Will (A Requiem for Katrina), a 13-track emotional tour de force of anger, rage, compassion, melancholy and beauty. A Tale of God's Will, which features Blanchard's quintet—pianist Aaron Parks, saxophonist Brice Winston, bassist Derrick Hodge, drummer Kendrick Scott—as well as a 40-member string orchestra, is his third album for Blue Note Records. (Since signing with the label in 2003, Blanchard has released two other critically acclaimed albums, Bounce and Flow, the latter of which was nominated for two Grammys in 2006.)

“This is what we are called to do as artists,” says the trumpeter, bandleader, arranger and film-score composer.” We document our social surroundings and give our impressions of events. The problem with Katrina is that the devastation is so vast that there's only been a trickle of art so far. We're all still digesting what went on and what continues to happen. It's like an unending story. For me, like so many others, it's taken me a moment to get my mind around all of this. I knew I needed to express this musically to keep the story alive, but so many important things—the safety of family members, figuring out how to rebuild my mother's house—never allowed me the time to breathe for a minute.”

An important jumpstart for A Tale of God's Will was director Spike Lee's decision to document the aftermath of Katrina on film,in what turned out to be the four-hour HBO documentary, When The Levees Broke, which aired last year. Lee, who has enlisted Blanchard on numerous occasions to score his films, such as Mo' Better Blues, Malcolm X, The 25th Hour and Inside Man, tapped him once again for his documentary. “That started me to make some musical statements for this moment in time,” Blanchard says. “It's part of the grieving process. Once I wrote some of the music for Spike's film,I knew I could take it and expand upon it. Meanwhile, guys in my band were writing music that reflected on what happened in the aftermath of Katrina. This provided me with the perfect opportunity to bring the band all together.”

Four of the Levees tracks—”Levees,” “Wading Through,” “The Water” and “Funeral Dirge”—formed a nucleus of material for A Tale of God's Will. “Melodically and structurally, the tunes are the same, but the arrangements are different,” says Blanchard, who cites as an example the dramatic piece “Levees” with its lyrical trumpeted woe. In that case, there's a long orchestral opening and interlude. “Spike had limited resources in filming the documentary, which means there was no money for orchestration,” says Blanchard. He adds, “The whole idea for this piece was to show the calm before the storm that you can hear in the string arrangement and the interlude is when the storm comes and the levees break. The second section is when people are on their roofs waiting for help, so the trumpet cries.”

Recording this album challenged Blanchard, who says that he had to “contain myself, but I was so frustrated and in rage. I wanted the trumpet to scream on every track, but I feel that God is using me to speak for all the souls in New Orleans. We're all still tired, but it's almost as if things have gone back to normal for people outside while our lives here don't matter.”

Another tune from Levees, “Water,” features a full orchestral plunge with Blanchard's wailing trumpet emerging. Blanchard explains that with all the flood waters still high, it looked as if the city was cast away in an ocean. “The water was omnipresent,” says Blanchard who was out of the city when disaster struck yet was watching CNN nonstop. “I was in disbelief seeing how 80 percent of the city was under water and that my old neighborhood had 12 feet of water. I remember when I was a kid and Hurricane Betsy hit New Orleans and there were a few feet of water. That scared me then and actually made me fear water.”

The other Lee-related tracks are the slowly loping melodic gem, “Wading Through” (also used in Lee's film Inside Man) and the march-beat “Funeral Dirge,” a tune Blanchard says “was one of the hardest pieces for me to write. To see your city on TV with dead bodies in neighborhoods you knew was deep. It was as if it were Baghdad. This was my attempt to pay homage to the people who lost their lives, to give people a proper burial. It was intense working on these pieces that sometimes I had to take a breath, go outside and play with the kids, and then come back at it.”

Other Blanchard tunes on A Tale of God's Will include “Dear Mom,” his personal tribute to his mother who lost her home (her emotional first return to see the remains was documented by Lee in Levees) and a series of “ghost” tunes interspersed throughout the album: the African beat-drenched “Ghost of Congo Square,” the trumpet-bass dance “Ghost of Betsy” (about the aforementioned Hurricane Betsy) and the plaintive tune sketched by saxophone and drums, “Ghost of 1927” (another flood that ravaged New Orleans). The ghost pieces were unplanned at the onset of the recording sessions, which took place in Los Angeles and Seattle.

“They just came to me throughout the recording,” Blanchard says. “The ghosts represent the warnings of the past. In the first one,we added in handclaps and percussion as well as the chant, 'This is the tale of God's will.' That's what this story is about: God's will be done. We can't understand why things happened, but we can trust that we can learn something from it.”

The band member contributions prove to be just as potent and reflective as Blanchard's music. Park's “Ashe,” which translated from the Yoruban language means “and so it shall be.” He explains that the beautiful melody “acts as a benediction: an acceptance of—and release from—past troubles and an ushering in of something new, determined and optimistic.” Blanchard notes, “The emotion and melody set the tone for the album in capturing the exhaustion a lot of people felt after the storm and flood.” Winston's melancholic “In Time of Need,” is buoyed by Blanchard and Scott's wordless vocals. “This tune marks a shift in Brice's artistic career,” Blanchard says. “He wanted it to feature my trumpet, so I said, sure, but slowly I took myself out of the piece so that it became his feature.” Winston, who spent his entire adult life in New Orleans, says he was compelled to write the tune “to express, through music, my sadness and frustration for my own family's tumultuous existence as well as for the countless people affected as a result of human ineptitude.”

Scott's epic piece, “Mantra,” begins with a bass feature with tablas in the mix that opens into a pensive and then dramatic soundscape. Scott says, “Our obligation is to help those who survived rebuild their lives and to rebuild their communities safer than they were before. The word mantra…is characterized as a statement that is repeated frequently. My greatest hope is that this recording and this song will serve as a mantra for healing and renewal, for reflection and progression, and as an offering to touch peoples' lives for the better.”

Hodge says that his ultimately hopeful tune, “Over There,” is about the “constant search in life” for something better. He notes, “Our present circumstances can make it difficult for us at times to see better for ourselves. Sometimes that 'Over There' may be just a song that can help us through.” Blanchard explains that the song was captured on tape when the band was sound checking the mikes. After subsequent takes, all agreed that the first run through was the keeper.

Blanchard adds that the entire project, like Hodge's song, is about gratitude. “Requiem tells the story,” he says, “that needs to heard so that people will continue to talk about what happened after Katrina.” Show less

Jazz this week: Dawn Weber, Terence Blanchard and the E-Collective,...

Jazz this week: Terence Blanchard and the E-Collective, Funky Butt...

”[The musicians] are able to take these compositions and immediately translate them into the particular sound of Terence's band, which in many ways reminds me of what used to happen with Miles.” —Herbie Hancock

“His impressive new album for Blue Note [is] a purposeful convergence of his film-composer and jazz-musician identities... The result is a melancholy suite that feels both intensely personal and broadly cinematic.” —The New York Times 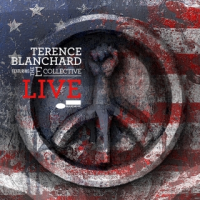 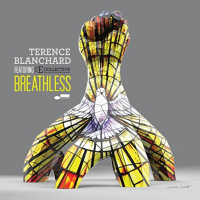 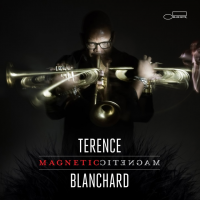 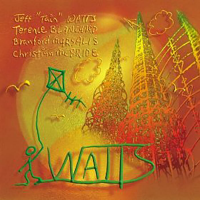 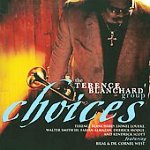 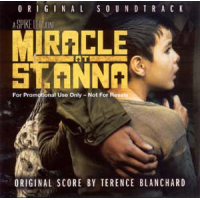 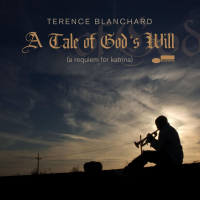 From: A Tale of God's Will: Requiem...
By Terence Blanchard

All About Jazz musician pages are maintained by musicians, publicists and trusted members like you. Interested? Tell us why you would like to improve the Terence Blanchard musician page.