The Art Of Two 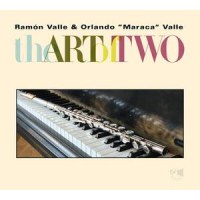 These two legendary Cuban cousins met each other fort he first time in Havana when they were around 18 years old in the house of their aunt. Both studying classical music at the conservatory, they soon discovered their mutual love for jazz. Secretly they often strayed from their classical repertoire to completely surrender to the freedom of improvisation. After finishing the conservatory they both went their own ways and had their own international careers. Ramón Valle became famous recording over 10 CD’s and is playing internationaly on all the big (jazz) stages around the world. Maraca played for years in one of Cuba’s most famous bands ‘’Irakere’’ and got nominated for a grammy with one of his own CD’s ‘Tremenda Rumba’. Now, after more than 30 years , these two virtuoso musicians recorded their first album together. This duo CD is all about remaining their family ties and celebrating their love for music.

Help improve the The Art Of Two page

All About Jazz musician pages are maintained by musicians, publicists and trusted members like you. Interested? Tell us why you would like to improve the The Art Of Two musician page.