The music of THE AIR DEPARTMENT represents an inspired and artful collaboration between composer, multi-instrumentalist, producer ROGER EBACHER and master drummer DENNY PELLETIER.

Roger has twice been the featured guest artist on Boston's premier jazz radio program, Eric in the Evening (WGBH-FM, 89.7), and his music has been on the airwaves all over North America, Europe, and as far east as India, Thailand, and Russia. Roger's newest musical venture, THE AIR DEPARTMENT, represents further explorations into World Music, combining the musics of the Middle East, India, Brazil, Cuba and beyond with Ambient, Electronica, Downtempo and more into a new sonic stew of ethnic fusion made for adventurous listeners in today's evolving musical universe.

DENNY PELLETIER, the son of a jazz trumpeter, developed strong roots in Jazz early on. Years of experience have found Denny in a wide variety of musical situations, performing with national names such as J.J. Johnson, Ronnie Laws, and Anthony Cox. He's paid dues in the pit for musical theatre performances, and provided the beat for many major vocalists including Cleo Laine, Peggy Lee, Bonnie Raitt, and Linda Rondstat.

Denny’s recording credits include dozens of radio and national tv commercials and jingles, soundtracks for regional films, back-up on a wide variety of albums, and several children's television shows including “Zoom” and “Sesame Street”. In the late 70's, Denny was also a member of the 7-piece East Coast sensation “Timestream” with Roger Ebacher, with whom he is reunited currently in the THE AIR DEPARTMENT. 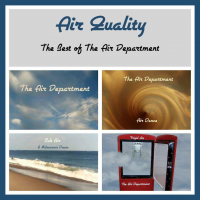 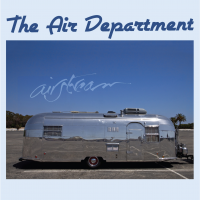 All About Jazz musician pages are maintained by musicians, publicists and trusted members like you. Interested? Tell us why you would like to improve the The Air Department musician page.