It was at the turn of the 18th and 19th centuries that the first mentions of the „Difference Engine” - the progenitor of today's computers - appeared. No one had thought then that almost 200 years later it would fascinate four young artists from Szczecin (Poland), who would draw inspiration from the rich current of Steampunk culture.

Progressive visions straight from the era of steam engine and engineering development combined with musical sensitivity and lyricism create a mixture as surprising as it is thrilling. The rhythm that is the basis of existence and progress has become the starting point for the world of melodious stories and unbridled improvisations, to which the musicians of The Beat Freaks invite.

The band was formed in 2014. They made their debut album “Leon” as well as music for the film “Zamoyski”. Musicians combine their experience gained in various musical formations to jointly develop a unique musical expression.

Musicians boldly reach for elements of free-jazz, without forgetting about beautiful melodies and thrilling themes.

The Beat Freaks often refers to the rich tradition of Polish-Jazz and the Slavic romantic soul, while playing with both the form and rhythm of the songs.

The disc is unexpectedly light - surprisingly, because half of the Danish experience would suggest rather strongly improvised repertoire. For that invented and played with great class. We strongly encourage to reach for jazz

The Beat Freaks is a group of conscious, technically excellent and - despite his young age - already experienced artists who have their own vision of their music. The album “Leon” - contains music accessible, melodic, pulsating with contemporary energy that appeals to many musical genres - rock, jazz, ethno and even more ambitious pop. Marek Romański - Jazz Forum (Poland)

The disc is unexpectedly light - surprisingly, because half of the Danish experience would suggest rather strongly improvised repertoire. For that invented and played with great class. We strongly encourage to reach for jazz. Krzysztof Komorek - Polish-Jazz.blogspot (Poland)

The quartet's buoyant and spunky mode of operations are largely developed with knotty time signatures and up- tempo grooves… () “Noi” is a piece that serves as a good indicator of where the band likes to reside, musically that it. Glenn Astarita - All About Jazz (USA) 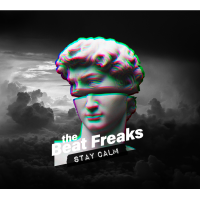 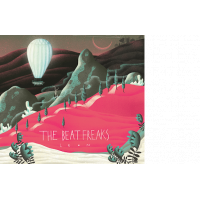 All About Jazz musician pages are maintained by musicians, publicists and trusted members like you. Interested? Tell us why you would like to improve the The Beat Freaks musician page.