Home » Musicians » the cellar and point

the cellar and point

THE CELLAR AND POINT is an adventurous, NYC­based “garage-chamber” septet whose musical universe comprises the detail of modern concert music, the improvisational sensibilities of downtown jazz, and the emotional directness of alt-rock. Formed in 2010 by drummer/composer Joseph Branciforte and guitarist/composer Christopher Botta, the ensemble features an impressive cross-section of young talent from NYC's classical, jazz, and new music scenes ­ including members of JACK Quartet, Mivos Quartet, Ensemble Signal, and TRANSIT.

After three years spent crafting their self-produced debut recording, the band released Ambit on Cuneiform Records in October 2014, to widespread critical acclaim. All Music Guide awarded the record a rare 4.5 stars, calling it “one of 2014's finest albums of challenging, engaging, and genre-defying contemporary music.” The album has received praise from BBC Radio, WNYC's New Sounds, Wondering Sound, The Brooklyn Rail, and All About Jazz, who called it a “challenging and fascinating effort. 'Ambit' takes the listener on a journey through texture, timbre, and time.”

Since 2010, the ensemble has consistently polished its live performance in New York City and beyond, sharing bills with such artists as Ben Monder, Florent Ghys, Birdsongs of the Mesozoic, The Knells, Empyrean Atlas, and David T. Little's Newspeak. Time Out NY's Steve Smith has lauded the ensemble's live performance as “brainy, yet highly engaging.”

In 2015, the group will bring their live set to NYC's Winter Jazz Fest and to select cities in the northeast. They will also be curating a special 4-night series at Spectrum NYC, featuring sets by guitarist Ben Monder, singer/pianist Judith Berkson, legendary electronic musician Taylor Deupree in duo set with Marcus Fischer, and a performance of composer Morton Feldman's Piano and String Quartet. Show less

The Cellar and Point

Read more articles
The Cellar and Point... use acoustic instruments and electronics to create a sound that is winningly melodic, thoughtful in its balance, groove-heavy, sometimes glitchy, and delightfully unpredictable as the septet straddles all kinds of genres.” WNYC’s New Sounds, with John Scahefer

“Post-everything... chamber music, rock, jazz, post-rock and electronic all rub elbows, and the sparks fly... The Cellar and Point have moved into a territory all their own.” Wondering Sound

“One of the most interesting bands of the moment, perhaps able to answer the question ‘where is music going?’” All About Jazz 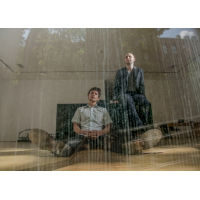 The Cellar and Point:... 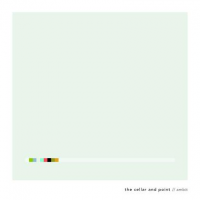 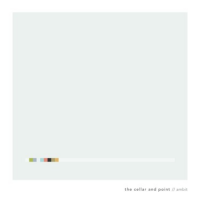 The Cellar and Point

the cellar and point

Help improve the the cellar and point page

All About Jazz musician pages are maintained by musicians, publicists and trusted members like you. Interested? Tell us why you would like to improve the the cellar and point musician page.