Imagine identical, musically inclined identical twins growing up in Hong Kong, where they seldom heard jazz, and then at 15 moving with their Japanese mother and American father to musically rich Memphis.

Imagine these boys falling head over heels for jazz to the point of devoting their young lives to it—and then, during one of their regular visits to their grandmother in Japan, creating an enthusiastic following for the music in a town that had never been exposed to it.

But that’s not all, folks. Imagine drummer Carl Maguire and bassist Alan Maguire going into the studio with Memphis legend Donald Brown, barely into their twenties, and recording an topflight album with the likes of tenor saxophonist Gregory Tardy, trumpeter Bill Mobley, and pianist Aaron Goldberg.

It has indeed been a charmed, storybook life for the Maguire Twins, who at 21 have more worldly experience than many musicians acquire in a lifetime. And as signified by the title of their excellent new recording, Seeking Higher Ground, produced by Brown, they have only begun to grow as artists.

“It all goes back to Donald,” says Alan. “He has kept us motivated. He’s always giving us something new to work on.”

“Memphis is where most of our musical growing happened,” adds Carl. “I can't imagine us getting to where we are if we hadn’t come here.”

Seeking Higher Ground is a stellar showcase for the Maguires, as both players and composers. They contribute two originals each to the program, which includes songs by their illustrious bandmates and producer. And without sacrificing cohesiveness, the songs are stylistically diverse.

Carl Seitaro Maguire and Alan Shutaro Maguire were born on March 19, 1996 in Tokyo, Japan. The family moved to Hong Kong when the twins were three.

While attending a British international school in Hong Kong, the boys heard mostly electronic pop and trance music. When their older brother Kevin started a rock band at the seasoned age of 12, he recruited his 10-year-old siblings. Alan was assigned that instrument because he had started taking classical guitar lessons. (He also plays piano.)

Carl was tabbed to play drums because he was studying it, along with trumpet. After Kevin quit the band, Alan and Carl kept at it, forming their own bass and drum duo at age 14. “When we did a gig we only needed to find one player,” says Carl.

It wasn’t long after the move to Memphis and the Maguires enrolled at the Stax Music Academy that they were playing jazz. Saxophonist Kirk Whalum, then the artist in residence at Stax, had more than a little to do with that. So did Donald Brown, whom they met there when he came to scout students as a faculty member at the University of Tennessee-Knoxville.

They learned to improvise listening to musicians at jazz clubs. “The music just took us over,” says Carl. “We helped each other out. We were open to criticism from each other as well as ideas. Friends don’t want to be too harsh, but we can criticize each other as much as we want.”

When the Maguire family made its annual visit to Japan to visit the twins’ maternal grandmother in the inland town of Kitaakita City, the boys performed in various spots, building a following. Requests for CDs led them to record, at 18, The Sound of Music, a demo-style album released in 2014. It was produced by Brown and featuring Whalum.

You would expect Carl and Alan to enjoy a special connection on the bandstand, the way twins do in life, but they were less interested in discussing possible extrasensory ties than the benefits of their shared experience.

“Being the same age, we just know each other really well,” says Carl. “We understand how our personalities fit together in terms of the roles we play.”

“We know what we want from each other,” says Alan.

With each tour of Japan and Hong Kong, where they began performing on an annual basis in 2013, their Asian following has grown. So has the talent pool they draw from over there. The twins have performed with artists such as guitarist Yosuke Onuma, trombonist Shigeharu Mukai, pianist Yuichi Inoue, and saxophonist Yosuke Sato in Japan as well as pianist Ted Lo in Hong Kong. Says Carl, “Now when we go back to Japan, where jazz has been really important to a lot of people for a long time, we do so as individuals who really appreciate this music. It’s been quite an awakening for us, and it keeps getting more fun.” Show less

​Hokuroku Newspaper, Japan They wowed the audience with their powerful and synchronized performance with authentic technique they obtained where jazz came from. 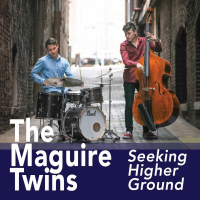 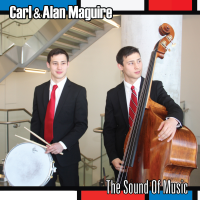 The Sound of Music

All About Jazz musician pages are maintained by musicians, publicists and trusted members like you. Interested? Tell us why you would like to improve the The Maguire Twins musician page.