Enter the AfroPhysicist - trumpeter/composer Theo Croker. Coming straight out of Leesburg, Florida by way of Shanghai, China, this bold young soul-jazz newcomer, grandson of New Orleans trumpet legend Doc Cheatham is fortified by tradition with no lack of contemporary electricity to propel him into the future.

Croker’s new album - AfroPhysicist - comes out on May 20, 2014 on Dee Dee Bridgewater‘s DDB Records via Sony Masterworks’ imprint OKeh Records. This is Croker’s third album and the inaugural release on Bridgewater’s label. His music literally shape-shifts without pause through 12 captivating selections.

AfroPhysicist includes three vocals sung by Bridgewater, each from different eras and genres, and all re-imagined in bold strokes: “Moody’s Mood For Love” (the classic James Moody instrumental vocalized by Eddie Jefferson in the `50s, then by George Benson with Patti Austin in the `80s); “Save Your Love For Me,” (made famous by Nancy Wilson with the Cannonball Adderley Quintet in 1962); and “I Can’t Help It,” originally introduced by Michael Jackson on 1979′s Off the Wall, and flipped here into a sizzling, chattering Afro-Cuban whirlwind.

Though Croker recorded two previous albums as a leader - The Fundamentals in 2007 and In the Tradition in 2009 – the time he spent in Shanghai prepared him to become the daring artist that Bridgewater was excited to unleash on her DDB label. “What was hot in New York didn’t matter,” says Croker. “We were far enough removed that nobody was judging us.”

When Croker met Bridgewater, it was October of 2009 during the Shanghai Jazz Festival, where he was playing in the big band that backed her. The two hit it off at an after-party jam and met for lunch during her next visit. When Bridgewater inquired about the music the trumpeter was working on, Croker handed over his iPod and told her to listen for herself. By Summer 2010, they were in discussions about recording an album. “The first thing Dee Dee said was, ‘We are not doing a jazz record,’” Croker says laughing. “It was perfect. I already knew who I was and I had no inhibitions.”

AfroPhysicist features Croker’s core group: keyboardist Sullivan Fortner, wind and reed man Irwin Hall, drummer Karriem Riggins, acoustic/electric bassist Michael Bowie and guitarist David Gilmore, with other horns and specialists. One standout guest is vibraphonist Stefon Harris who brings his unfiltered spell casting to a cover of Stevie Wonder’s “Visions.” “In another life, maybe I was a singer,” Croker muses. “I gave up on that dream a long time ago but felt I could really convey the meaning of Stevie’s deeply relevant lyric through my horn. His Innervisions album (1973) was a huge influence for me, flow wise.”

Croker also persuaded friend and trumpet veteran Roy Hargrove to guest on a song of his own composition, “Roy Allan” (which Hargrove dedicated to his father). Hargrove originally recorded the tune instrumentally for his 1995 classic album Family, but sang his accompanying lyric only occasionally in concert…until now. Croker also pays tribute to South African trumpeter Hugh Masekela by recording the meditative Serengeti slink of “Bo Masekela,” composed by the great Caiphus Semenya in 1965 in honor of Masekela and his then-wife, Miriam Makeba. A souring relationship inspired Croker’s own “It’s Not You, It’s Me (But You Didn’t Help),” featuring synchronistic interplay between Croker and Hall on alto flute.

The genre-fusing “Light Skinned Beauty” has elements of rock, hip hop/R&B and a fast swing. “Think about the lines of race being blurred… When you first meet someone, it’s hard to tell them who you are in 4-5 minutes. This song is a statement like that,” explains Croker. “So if you see a cutie at the bar and you throw out these three genres – with the same harmony and vibe all the way through but with stuff changing over the surface – hopefully one line will stick!”

Before moving to Shanghai, the then 16-year-old Croker lived in Jacksonville, Florida, attending the Douglas Anderson School of Arts and becoming an artist in residence at the Ritz Theatre with its big band. Upon graduation, he attended the Oberlin Conservatory of Music in Ohio, drawn by Dr. Donald Byrd and a faculty of jazz legends including Gary Bartz. Croker won the Presser Music Foundation Award in 2006 and used the money to fund a debut album of original compositions.

“I’ve always tried to find my own way,” Croker states. “I went to Oberlin College instead of Juilliard. Then I went to China. Once there, I opened up – not only to survive but to investigate what was going on. I joined a way-out fusion group led by Alec Haavik, but I also joined a salsa band. Musicians in China don’t have stereotypes. To live well, you played everything.” Now, following several years of hustling as a freelance musician and live music promoter in Shanghai, Croker is back in New York preparing to take it to the next level. “Dee Dee said it was time for me to come home.”

“My older brother is the one who imparted the nickname AfroPhysicist upon me,” Croker concludes. “Last spring, I dropped it on Dee Dee and she dug it. She introduced me to an audience that way. They liked it, so it stuck. Maybe it will create a buzz. Look at what artists like Kanye West and Erykah Badu do, changing their genre titles and names to fit different artistic directions. Truthfully, I am a lil’ wild! So the title fits – a crazy person in the basement snatching all these things together.” Show less

Theo Croker: A Global Jazz Sensation in the Making

Theo Croker to Perform at Rubin Museum of Art 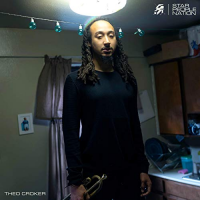 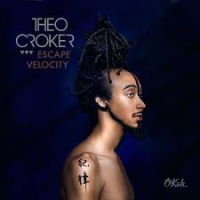 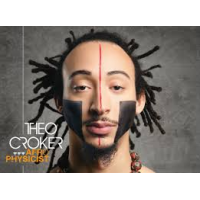 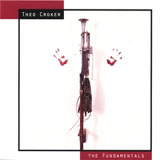 All About Jazz musician pages are maintained by musicians, publicists and trusted members like you. Interested? Tell us why you would like to improve the Theo Croker musician page.