The Weekly Reeders is an “orphan instrument” band that was conceived from a chance remark made in 2013 by Carlos Cuevas, old UNT buddy, and now our melodica player, who is a fine pianist in his other life. “How about a band with melodica, accordion and vibes? That'll get some attention. Not sure what kind!”

I, Lee Tomboulian, pianist, accordionist and composer, got to work writing and adapting material for this challenging, highly reedy instrumentation, and soon it was joined by the lovely voice of Elizabeth Tomboulian. Rehearsals began in Jersey City, weekly for a while, with Cliff Schmitt on bass. Christine Bard was on vibes, later replaced by Christos Rafalides, and then Anthony Smith. Eventually the female voice left and was replaced by bassoonist Janet Grice (solo artist and Davis Berger). Of course, the material required percussion. Enter Dave Silliman. Now in 2017, the album Interference is out on Miles High Records and includes Miles alumnus Mino Cinelu. It is selling briskly on lee tomboulian.com and on iTunes. 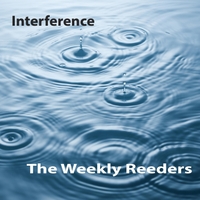 All About Jazz musician pages are maintained by musicians, publicists and trusted members like you. Interested? Tell us why you would like to improve the The Weekly Reeders musician page.