Born in Nice (France) in 1987, Thomas Delor began drumming at the age of 8. He was rapidly drawn toward Jazz, a genre he discovered thanks to his family's record collection and that allowed him to unleash his creativity.

Starting at 16, parallel to his post baccalaureate studies in mathematics, he began performing live with professional musicians in France and Italy. In 2007, he was invited by “Orchestre Classique Instrumental de Nice” conductor Avner Soudry to perform as a guest percussionist.

In 2008, he went to New York City for the first time. This trip gave him the opportunity to network and collaborate with American musicians.

He graduated at the age of 22 and became a mathematics teacher in high schools and French Classes Préparatoires, allowing him to move to Paris in 2010. He quickly established himself in the Parisian Jazz scene and decided to quit his day job as a teacher to fully focus on music.

“Self-taught drummer with a great sense of musicality, famous for his unique, expressive, and individual style, mixing finesse, intensity, sensitivity, and complexity, he bases his work principally on listening, interplay, and a quest for sonority.”

His taste for playing in small bands (from solo to quartet) developed as a means to approach the instrument both rhythmically and diatonically. “The drums are a young instrument that certainly has evolved, but still is in its early stages nonetheless. I would like to break the rule that the drums only functions are rhythm and tempo, as it is taught in France... Nowadays, I believe the drums should be as integral to the melody as any other instrument.”

From 2016, he is endorsed by the japanese trademark Canopus Drums Company, then in 2019, he signs with the swiss cymbals Paiste.

Read more articles
« A music perfectly controlled, but alive, full of twists and interactions, which keeps you out of breath till the end.” - Album Revelation” Jazz Magazine

« A (great) surprise. (...) A way of writing playful and serious at the same time that irresistibly catches the ear. » - Jazz News « An interactive trio with subtle tunes and interplay, a very nuanced music, and a drummer as well rhythmist as colorist, expressive without being talkative. All that makes it be a very successful first album... » - Drummer Magazine « A trio in plain sight, an inventive drummer playing the melodies..

« A music perfectly controlled, but alive, full of twists and interactions, which keeps you out of breath till the end.” - Album Revelation” Jazz Magazine

« A (great) surprise. (...) A way of writing playful and serious at the same time that irresistibly catches the ear. » - Jazz News « An interactive trio with subtle tunes and interplay, a very nuanced music, and a drummer as well rhythmist as colorist, expressive without being talkative. All that makes it be a very successful first album... » - Drummer Magazine « A trio in plain sight, an inventive drummer playing the melodies... What more could you ask? Jazz is in good hands. » « Thomas Delor’s main influences color this album which one listens to in a state of bliss, carried away by the connivance between three musicians who demonstrate the true meaning of the art of conversation. » - Citizen Jazz « Unmissable work. » - The Jazzophone « An elegant real gem! A sound that sings and charms. » « From hands to feet, the hands with brushes, mallets, naked. Full of sounds, as much drums as percussion. It sings! For real, he makes songs of skins and metal. » - Jazz Action « A trio art that is worth a bomb. We enjoy ! » - La Gazette Bleue « An outstanding drummer/percussionist. (...) A real success that must not be missed. » - Dragon Jazz « An absolute success. Splendid The Swaggerer. » - Latin of Jazz « Three musicians playing so confidentially as if they need to keep connection, it’s a sign. Great coherence, profound listening. » « Thomas Delor has built around him an endearing trio, self-taught drummer he proposes his very own style and allows himself things that academicism would restrain. » - Jazz Rhône-Alpes « Thomas Delor, estimated for his great musicality, became a reference of jazz world. » - Nice-Matin « Thomas Delor lives his drumming intensely, he plays with the feet and sticks, logical, but also with the elbow, the hands, sometimes even lengthening on his drums as to communicate a little more with the skins, the cymbals. (...) The complicity between the three musicians is significant, we hear them listen to each other. A great new moment. » - Nouvelle Vague « What makes the singular language of the drummer Thomas Delor so attractive is the mischievous flexibility of his music, a very original art of the composition that never sacrifices the melody to rhythmic subtlety. » - Jazz à Vienne Blog 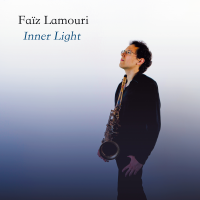 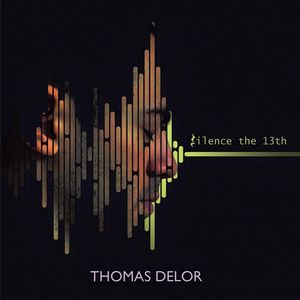 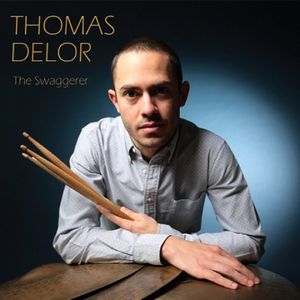 All About Jazz musician pages are maintained by musicians, publicists and trusted members like you. Interested? Tell us why you would like to improve the Thomas Delor musician page.