Thomas Nordlund is a guitarist, composer, and producer based in Minneapolis, Minnesota. He is a lyrical guitarist whose command of the instrument allows him to shape vivid musical terrain with only a handful of notes. His compositions stretch from being insular to accessible and unfold like narrative observations of the world around him.

Nordlund released his second album as a bandleader and producer, “Miles Left Behind,” in 2018 on Shifting Paradigm Records. Previously, he collaborated with singer Maryam Yusefzadeh on arrangements of traditional Persian folk songs and new compositions, independently released as “Migration” in 2018. His debut record “Divide Avenue,” an instrumental eight-song set featuring the electric baritone guitar, was released independently in 2015.

He earned a B.A. in guitar performance from the University of Minnesota-Morris, studied abroad in the Jazz Studies department at the University of Auckland, New Zealand, and completed the Sound Design Program at Slam Academy in Minneapolis.

He has performed over 2000 shows as a sideman with many artists including Sarah Morris, Chris Bates, John Raymond, Mary Bragg, Dead Man Winter, Kid Dakota, Moon and Pollution, and Tim Sparks.

Nordlund’s musical acumen and imagination are off the charts. ~ David Shouse - Gashouse Radio

Thomas Nordlund is musician as magician, a playing talent capable of fleshing out entire landscapes with only a few notes. ~ Lydia Hillenburg - Skope Magazine

This is an American musician who brings a good sense of what audiences want, his own ambitions, and musical facility to his work and manages to balance those competing elements better than most. ~ Pamela Bellmore - Indie Artists Alliance 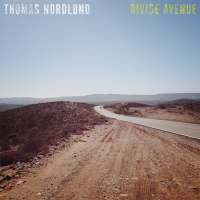 All About Jazz musician pages are maintained by musicians, publicists and trusted members like you. Interested? Tell us why you would like to improve the Thomas Nordlund musician page.