Threads Orchestra... stitching a musical spell from wing of bat and eye of newt... well, not quite, but a bit of alchemy plays its part in this intriguing mix, gaining Threads’ reputation as one of the most interesting bands to emerge in the UK in recent years. Boil the cauldron and splatter in the jazz, classical, rock, world, Americana, and tango styles, summon the versatility to play anything from self-penned intriguing compositions to innovative arrangements of Zappa, Zorn, Piazzolla and Messiaen; stir and cast the spell without taking it too seriously. This is an utterly unique experience for a 21st century audience - tuneful , melodic chemistry transforming cinematic landscape into snarling groove in the blink of an eye. Their debut self-titled release is a rare example of how to blend well structured composition with the creative sorcery of improvisation, honed by many performances. Refusing to accept the usual notions of a jazz rhythm section with strings stitched in, Threads have forged a new phantasm, a spirit of bottled music genie. Or maybe just a phenomenally tight band of great players with a bad attitude to tradition! 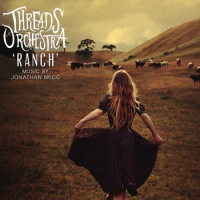 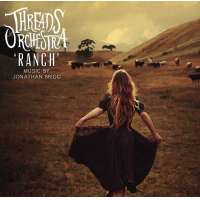 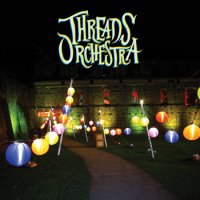 Feet Beneath My Ground

From: Ranch (Music by Jonathan Brigg)
By Threads Orchestra

From: Threads
By Threads Orchestra

All About Jazz musician pages are maintained by musicians, publicists and trusted members like you. Interested? Tell us why you would like to improve the Threads Orchestra musician page.