Thurman Barker began his professional career at the young age of 16 playing for blues singer/guitarist Might Joe Young. Classically trained at the American Conservatory of Music his reputation as a drummer grew quickly. He has played for Billy Eckstein, MarvinGaye, Bette Midler and Vicki Carr. He was the house drummer at the Schubert Theatre in Chicago for 10 years where he played for national touring companies.

Barker is a charter member of the Association for the Advancement of Creative Musicians, (AACM) an organization with which he continues his association to this day. He has recorded with Cecil Taylor, MuhalRichard Abrams, Amina Claudine Meyers, Anthony Braxton, Roscoe Mitchell, Sam Rivers, Billy Bang, Joseph Jarman, and Henry Threadgill.

Barker has produced five recordings under his own record label, Uptee Productions. “The Way I Hear It” was released in January of '99. His first album “Voyage,” was reissued in CD form in November '99. “Time Factor” was in December 2001 and “Strike Force” in February, 2004.”Rediscovered” his latest effort, in 2009.

In 1994, his work “Dialogue,” commissioned by Mutable Music, was premiered at Merkin Concert Hall in New York City. He has since completed a second commission by Mutable Music. He has also realized two commissions by the Delaware Valley ChamberOrchestra, in Sullivan County, New York. The Woodstock Chamber Orchestra premiered a chamber piece of his entitled “Expansions” in May of '99.

In the fall of '99 Thurman Barker was given the honor of being a lecturer at Smolny University in St. Petersburg, Russia. He has taught and developed the jazz program at Bard College in Annandale-on-Hudson, New York since 1993 and is an Associate Professor of Jazz Studies there.

2009 brought about the release of “Rediscovered,” again on his Uptee label. This production utilizes the organ trio format led by drummer Barker who explores freedom and structure in composition while being very accessible. Organist Lonnie Gasparini and saxophonist/flutist Sam Morrison back Thurman with taste and sensitivity on 14 original compositions plus a cover of “Iris” by Wayne Shorter and “Yesterdays” by Jerome Kern. Show less 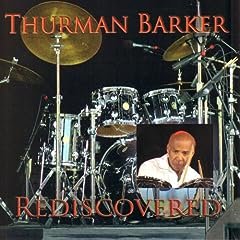 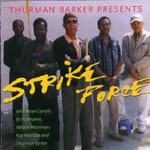 All About Jazz musician pages are maintained by musicians, publicists and trusted members like you. Interested? Tell us why you would like to improve the Thurman Barker musician page.