Many jazz enthusiasts find guitarist Tim Langedijk a breath of fresh air. He is not a man who desires to show off his virtuosity to his audience at any given moment. Langedijk likes beautiful melodic lines and subtle harmonies and he also searches for intriguing and adventurous soundscapes. Diversity and powerful expression are the starting points for the trio that he formed in 2006. Bassist Udo Pannekeet is a member of the first hour. In 2011 drummer Hans van Oosterhout joined the trio. The first two albums (Testimonials, 2008 and Inside The House, 2010) were critically acclaimed. “His view of music is in line with what John Abercrombie and Bill Frisell set in motion,” said the magazine Jazzism. Contemporary jazz that branches out into fusion and country, it's all possible with Langedijk, yet always with a lovely tone and refined movements. Recent years, the trio played at all major venues and jazz festivals in Holland including the North Sea Jazz Festival. Late 2011, Langedijk recorded his third album in Osnabrück, Germany. Special guest on this CD is the internationally renowned pianist Jasper van 't Hof. The CD is titled November and is released spring 2012.

Read more articles
“…Langedijk’s contemporary compositions not only have a strong melodic sensibility; they also showcase his harmonic concepts. Langedijk’s playing is assured, his sense of time and space giving the composition its soul. With subtle and empathic accompaniment from van Oosterhout and Pannekeet, this becomes the standout track. …” - ALLABOUTJAZZ

“…Langedijk’s contemporary compositions not only have a strong melodic sensibility; they also showcase his harmonic concepts. Langedijk’s playing is assured, his sense of time and space giving the composition its soul. With subtle and empathic accompaniment from van Oosterhout and Pannekeet, this becomes the standout track. …” - ALLABOUTJAZZ

”…Langedijk may be seen as one of the most original and innovative guitarists in the Netherlands. His qualities are his compositions and his soundexperiments. The sound is recognizable and original, intriguing interplay and solo’s, compositions are adventurous, and all very understandable for the listener. It’s always spontanious, fresh and tasty…” - THE VOLKSKRANT

“It is a pleasure to hear and see this band play. This trio is an entity, a ‘machina di musica’, one organic body in which all three parts together fully anticipate and respond at eachother. Their joy in playing is delightfull! This Tim Langedijk Trio plays at a high international level…” - JAZZ N&D 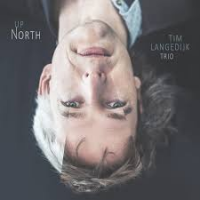 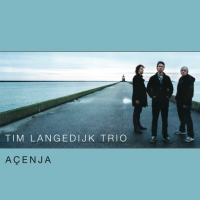 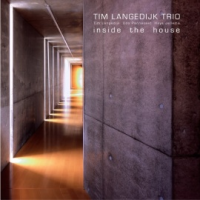 Up To The Mark

Tim Langedijk
Inside The House

All About Jazz musician pages are maintained by musicians, publicists and trusted members like you. Interested? Tell us why you would like to improve the Tim Langedijk musician page.