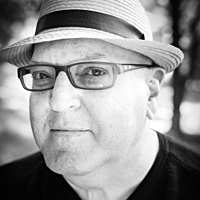 TIMOTHY LEE MILLER is an American composer, arranger, orchestrator, and publisher writing contemporary concert music for chamber ensembles, orchestra, wind ensemble, and voice, as well as jazz music for big bands and small combos. He has also written for several small films, television projects, and video games. He has earned degrees from the University of Tennessee (BS Music Ed, 1984), the University of Miami (MM Media Writing and Production, 1990) and Vermont College of Fine Arts (MFA Composition, 2013). His principal composition teachers have been John Anthony Lennon, James Progris, Tamar Diesendruck, Jonathan Bailey Holland, Andy Jaffe, John Fitz Rogers, and Roger Zahab. He has received numerous commissions and awards, including several ASCAP awards. His works have been performed throughout the US, Europe, Russia, and China. His music is recorded on ERMMedia, Ansonica, Navona, and Phoenix Classics.

In November 2015, Miller was part of the PARMA Recordings venture to Havana, Cuba to record several jazz works with musicians in Havana under the People to People humanitarian program. Two of his big band jazz pieces, Hot Miami Nights and On An Autumn Day, were recorded and released on the two-disc set ABRAZO: The Havana Sessions alongside music by the other seven composers. The CD to date has received worldwide critical acclaim and was in consideration for a Grammy nomination.

His debut jazz album was released in March 2018 on the Ansonica label. SOMETHING MORE: The Jazz Music of Timothy Lee Miller is a collection of eight original jazz compositions that explore the unique relationships that the composer has with his family. Expanding upon something as simple as a photograph or a memory, Miller's noir-influenced jazz expands his reflections beyond words and instead creates a story through moods. The album features both contemporary compositions, as late as 2017, as well as some that Miller had written back in the 1980s. Like a photo album set to sound, Miller’s compositions lets the listener into some of his most cherished memories. SOMETHING MORE shares the thought that behind every memory, there is a story, and behind every story, there is music.

Miller is currently serving as the Webmaster of the New York Composers Circle, as well as the Editor of its In The Loop online newsblog. Show less

All About Jazz musician pages are maintained by musicians, publicists and trusted members like you. Interested? Tell us why you would like to improve the Timothy Lee Miller musician page.