Timothy Orr was born in Hartford, Connecticut on June 22, 1967 and began playing the drums in 1976. After playing in several rock bands in the early 80’s, he studied with Edward Blackwell from 1985-89 at Wesleyan University where he earned a BA in English, with a concentration in Medieval and Renaissance literature. In retrospect, he should have studied Ethnomusicology.

In addition to his performance schedule, Tim cultivated a career in the music industry, holding positions in alternative radio promotion and classical marketing at Virgin Records, publicity at MCA, retail sales at HMV and warehouse and operations management at TVT Records in New York City. After moving to San Francisco in 1992, Tim hooked up with the Cajun/zydeco scene in the Bay Area, and began to play 100+ nights a year with various people and groups, such as Andre Thierry, Zydeco Slim, Tete Rouge, Danny Poullard, Andrew Carriere, Gerard Landry, Kenny Menard, and many others.

From 1997 to 2002, Tim was VP of Sales and the Marketing Director for the Arkadia Jazz label, and was Associate Director of the Brubeck Institute at the University of the Pacific in Stockton, California from 2003 to 2005. Since the early 90s, he has been a journalist for DRUM! and Traps Magazine and has been on the Board of Directors of Oakland’s Jazz In Flight since 2002. He now is the Marketing Associate for the Monterey Jazz Festival.

Tim was pulled into the East Bay creative improviser scene when he met Josh Allen in 1997 at San Francisco’s Radical House Studios in a project called Sax vs. Guitar, an octet that featured three saxophones, three guitars and rhythm section. Even though the project was unreleased, Tim and Josh decided to play together, forming a trio with acoustic bassist Randy Hunt. They got a regular gig at Oakland’s Manhattan Club, and performed at San Francisco’s Club Cocodrie several times, playing free-bop and standards. However, the group broke up by the end of the year. In 2002, Tim and Josh met up again in Oakland by chance. After several months of practicing with no specific agenda, they recorded several unreleased CD's of improvised material. Tim, Josh and bassist Damon Smith also played in the Marco Eneidi Quartet, on the last of Eneidi’s US performances before he moved to Vienna in November 2004, performing at Scott Looney’s 8th St. Performance Space in Oakland, and at Jazz In Flight’s final presentation at the Oakland Metro. Tim and Josh have also played at the Expressions Center, George Kaye’s (both with Damon Smith) and the 509 Cultural Center in San Francisco.

Tim’s involvement in jazz goes back to the mid-70’s, when his father played him a Joe Morello drum solo (in 5/4) from a Dave Brubeck album, which only confused the 9-year old. After several years of sometimes demoralizing drum lessons with a local teacher, Tim reverted to what he always had found to be true: that he could self teach by improvising, and by listening to and playing along with albums; The Who’s Live at Leeds and The Police’s Zenyatta Mondatta were particular favorites. By the early 80’s, Tim was introduced to the music of Miles Davis, the Mahavishnu Orchestra, Weather Report and other fusion groups. Initially impressed with the music, Tim found contemporary fusion to ultimately be boring and excessive, and referred to it as “jock jazz”. On the flip fide, one of the recordings Tim discovered was Eric Dolphy’s Out to Lunch, which served as a starting point for his interest in the avant-garde. By 1985, Tim was attending Wesleyan University and studying with Ed Blackwell, who pointed Tim in the direction of acoustic avant-garde music, with Ornette Coleman as a main reference. Intrigued by the subversive attitude of the New York’s punk, downtown and loft jazz scenes, Tim also started to go to shows in New York City at the Village Vanguard, where he was able to see jazz icons like Don Cherry, Mal Waldron, Woody Shaw, Charlie Rouse and others. Tim recalls being “scared shitless” as an 18 year-old, when he met many of these people in the legendary kitchen at the Vanguard, introduced by Blackwell.

Tim has many influences from many genres, and he tries to invoke the essence of his heroes to arrive at his own sound: the explosive energy of Tony Williams, Elvin Jones and Jack DeJohnette, the sonic organization of Max Roach, Andrew Cyrille and Ed Blackwell, and the creative blurring freedom of Rashied Ali, Gunter Somer and Sunny Murray. Tim is just as likely to be found listening to Anthony Braxton or Shostakovich’s String Quartets, Peter Brotzmann or Samuel Barber, Jeff Buckley or Morton Feldman.

Tim has played with a number of musicians in many fields, including local and international artists Josh Roseman, Stephen Schwartz, Damon Smith, Josh Allen, Marco Eneidi, Richard Hell, Randy Hunt, Adam Lane, Ike Levin, Scott Looney, Tony Malaby, Joris Teepe and many more. He has played 1400+ gigs since 1989 in a variety of venues across the country. Tim has appeared on a number of CD’s in a variety of genres, including 2003’s “Sunday’s Farce” with Josh Allen. He recently recorded the soundtrack to “Tale of Three Mohammeds”, a film by Nasri Zacharia. Tim also has recently joined Michael Cooke’s CKW Trio, and has recorded the group’s new CD, “An Indefinite Suspension of the Possible”. Show less

Timothy Orr Drums
”Very edgy Bay Area trio with a wide-ranging but unified sound. Not all about noise, though they certainly have that in spades. They have a strong group personality, brash and full of spirit, diving in and going for it without taking themselves too seriously. And they get fine results.” -- kzsu, Palo Alto, CA

“The members of this free-jazz trio advertise themselves as a form of aural assault, but their new album is surprisingly enjoyable. “Broken” begins with a long, bracing saxophone solo that might befit a blues tune. Even the swooshy chromatics have a sense of emotional purpose

”Very edgy Bay Area trio with a wide-ranging but unified sound. Not all about noise, though they certainly have that in spades. They have a strong group personality, brash and full of spirit, diving in and going for it without taking themselves too seriously. And they get fine results.” -- kzsu, Palo Alto, CA

“The members of this free-jazz trio advertise themselves as a form of aural assault, but their new album is surprisingly enjoyable. “Broken” begins with a long, bracing saxophone solo that might befit a blues tune. Even the swooshy chromatics have a sense of emotional purpose. In fact, none of the ten improvisations on this album

Be willing to learn. 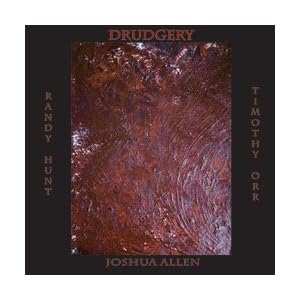 All About Jazz musician pages are maintained by musicians, publicists and trusted members like you. Interested? Tell us why you would like to improve the Timothy Orr musician page.