Todd attended New York University in 1999, where he studied both English Literature and Music. It was at NYU that Todd began his study of classical composition and counterpoint. Throughout this and other periods Todd has benefited greatly from the private teachings of John Quara, Joe Giglio, Chris Jentsch, Vanderlei Pereira, Bruce Arnold, Tony Moreno and Jeff Slatnick

. Aside from performing, Todd teaches guitar and music to students in the New York area. Todd currently resides in Brooklyn, NY. Show less

Read more articles
”A tonal footprint like no other.” - S. Victor Aaron (Jazz.com) 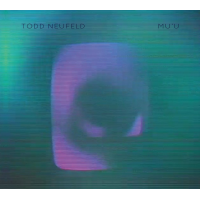 All About Jazz musician pages are maintained by musicians, publicists and trusted members like you. Interested? Tell us why you would like to improve the Todd Neufeld musician page.